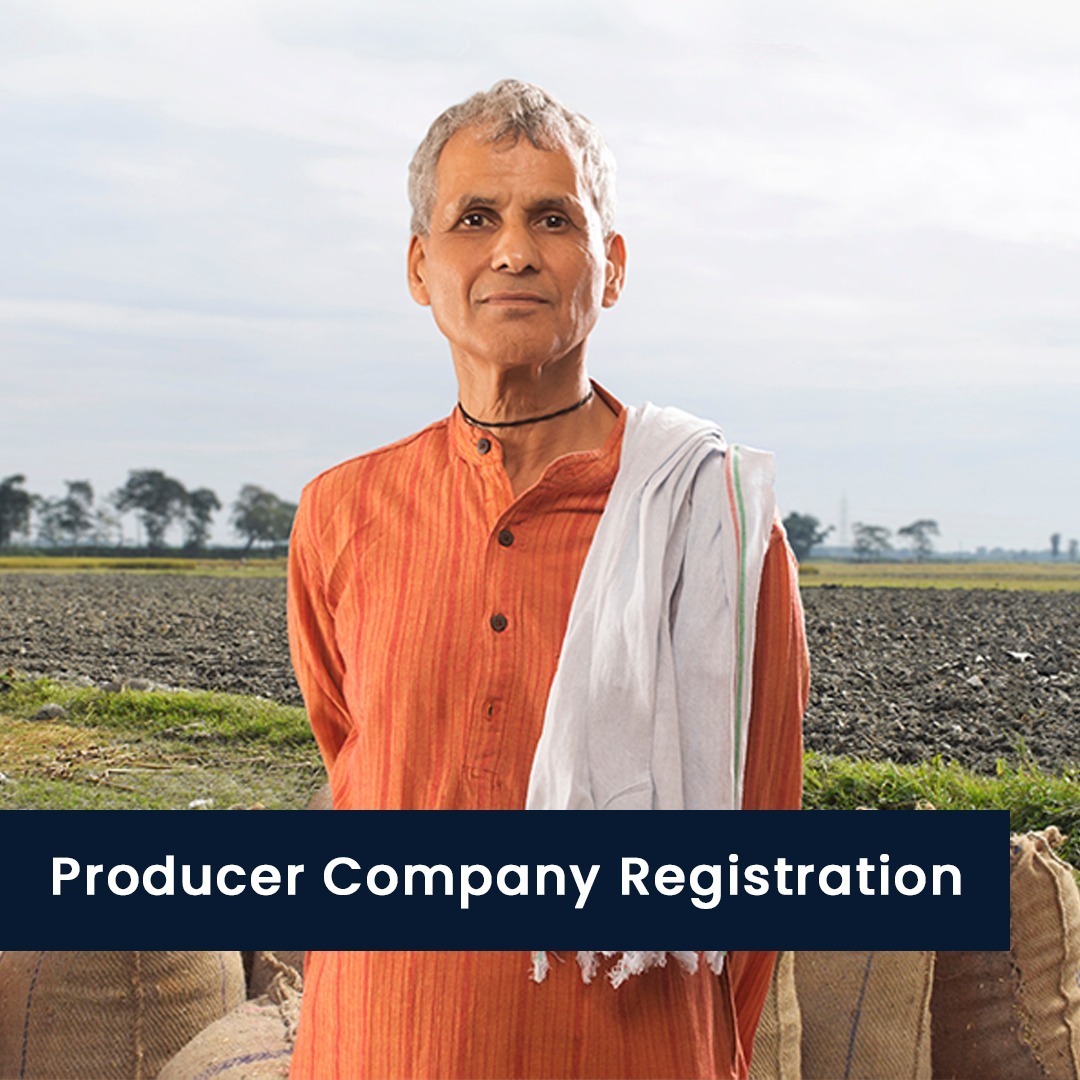 The Companies Act defines Producer as any person engaged in any activity connected with or relatable to any primary produce (Produce: “things that have been produced or grown, especially by farming”). A Producer Company is thus a body corporate having an object that is one or all of the following:

Further, the Producer Company must deal primarily with the produce of its active Members and is allowed to carry on any of the following activities by itself or through other entities – on behalf of the members.

To register a Producer Company in India, the following members in any of the combination is necessary:

The registration process for a Producer Company is then similar to that of a Private Limited Company. DSC and name approval must first be obtained. The name of a producer company must end with the words “Producer Limited Company”. Once, name approval is obtained from the MCA, application for incorporation can be filed in the prescribed format for incorporating the Producer Company.

If the Registrar is satisfied with the application for incorporation of Producer Company, then he/she will approve the same and issue Certificate of Incorporation. Once, a producer company is incorporated, it shall function similar to a private limited company subject to certain provisions. However, unlike a Private Limited Company, a Producer Company does not have a limit on the number of members. Further, though the name of a Producer Company ends with the words “Producer Limited Company”, it shall under no circumstance become or be deemed to become a public limited company.

Companies Act, 2013 does not permit registration of identical or similar names

GST registration procedure, eligibility and documents required. Entities with an annual revenue of more than Rs.20 lakhs must obtain GST registration. Complete your GST registration online with expert help from IndiaFilings and obtain your GSTIN in less than a week from the comfort of your home.

Online trademark registration, trademark search, documentation and Expert help for TM filing. Easily submit your trademark application for just Rs.5988 in less than a day from the comfort of your home. IndiaFilings provides a range of trademark services from trademark filing to objection handling.

How many people are required to register a producer company?

A minimum of five people are required to register a producer company in India.

What are the documents required for registration?

Identity proof and address proof is mandatory for all the proposed Directors of the Producer Company. PAN Card is mandatory for Indian Nationals. In addition, the landlord of the registered office premises must provide a No Objection Certificate for having the registered office in his/her premises and must submit his/her identity proof and address proof.

How long will it take to incorporate a Producer Company?

IndiaFilings.com can incorporate a Producer Company for in 20-30 days. The time taken for registration will depend on submission of relevant documents by the client and speed of Government Approvals. To ensure speedy registration, please choose a unique name for your Company and ensure you have all the required documents prior to starting the registration process.

How long is the registration of the Company valid for?

What is a Digital Signature Certificate?

What is Director Identification Number (DIN)?

What are the requirements to be a Director?

The Director needs to be over 18 years of age and must be a natural person. The Director must be involved in farming activities.

Is an office required for starting a Producer Company?

An address in India where the registered office of the Company will be situated is required. The premises can be a commercial / agricultural / residential where communication from the MCA will be received.