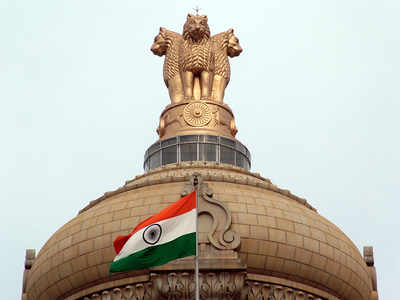 What is a caste certificate?

A caste certificate in India proves the original caste of the respective individual, the caste certificate is an important document for the reserved category to prove the candidature, whenever it is required. Started by the Indian Government as a part of the “Indian System of Protective Discrimination” to encourage and give some special privileges to this category.

The government felt that the scheduled castes and the tribes need encouragement and opportunities to be at the same pace as the rest of the citizens. So special privileges are granted to the citizens wherein there are reservations of seats in the legislature and the Government service, waiving off the part or whole of the college fees for admissions to schools and colleges, quotas in educational institutions, relaxation of the upper age limits for applying in certain jobs, etc. But to avail of these privileges, a citizen belonging to a scheduled caste must have a valid caste certificate.

In this article, we look at the caste certificate in detail.

Documents required for obtaining a Caste certificate in India

To obtain Caste Certificate in India the following documents along with the application:

Why is a Caste Certificate in India required?

The main objective of the issuance of the Caste certificate in India is to facilitate the access of the bonafide candidates belonging to the scheduled castes and the scheduled tribes for reserving the posts and the services that are under the State and the Central government. It is also necessary to secure admission in the educational institutions and other facilities that are being provided by the State/Central Government to them.

How to avail of a Caste Certificate?

The Caste certificate in India can be taken online or from the Revenue Department’s local office or the SDM office. A local inquiry is conducted when the caste certificate is issued for the first time to a particular family. The documents to be kept handy are as following:

This caste certificate is to be uploaded in the very prescribed format of the respective institute where it should be submitted or uploaded.

Which authority issues a Caste Certificate in India?

Instructions are issued in vide 0.M.No.36011/1/2012- Estt. (Res.) dated 8th of October 2015 provides that a candidate that belongs to a particular Scheduled caste, Scheduled Tribes, and Other Backward classes is not able to produce a certificate from any prescribed authorities then he or she may be appointed provisionally based on whatever prima-facie proof he or she can produce in support of his or her claim subject to the furnishing of the prescribed certificate within the reasonable time and if there is a genuine problem in obtaining his or her certificate then the appointing authority should verify the claim through the Concerned District magistrate.

What factors are taken into consideration while issuing the caste certificate?

The certifying authority will verify and ensure that:

The Caste Certificates are issued, verified, and canceled by the authorities of the respective State Governments. Every State Government has its own system/procedure for this purpose. In case of a government is found to be holding a false caste certificate to secure an appointment then action taken against him or her is required to be taken as per the instructions that are contained in the Department of Personnel and Training’s 0.M.No.11012/7/91- Estt. (A) dated 19-5-93 dated 19-5-93 which provides that wherever it is found that a Government servant, who was not qualified or eligible in terms of the recruitment rules etc. for initial recruitment in service or had furnished false information or produced a false certificate to secure an appointment, he should not be retained in service. If he/she is a probationer or a temporary Government servant, he should be discharged or his services should be terminated. If he or she has become a permanent government servant then an inquiry as it is prescribed in Rule 14 of CCS (CCA) Rules,1965 may be held and in case the charges are proved the government servant should be removed or dismissed from service.

To remove the difficulty faced by the persons belonging to the Scheduled castes and the Scheduled tribes who have migrated from one state/ union territory to another to obtain the caste certificate from State/UT to which they have migrated it had been clarified to all state governments and the UT administrators, vide Ministry of Home Affairs letters dated 18.11.1982 and the 06.08.1984 that the prescribed authority of the State Government/ UT from another state/UT on the production of a genuine certificate that is issued to the father or the mother by the concerned State or UT of the father’s mother’s origin, except where the prescribed authority feels that detailed inquiry is necessary through the State of origin before issuing the certificate. The certificate is issued irrespective of the question is scheduled or not about the State/UT to which the person has migrated.

For OBC similar instructions are issued to the States and UTs in the Ministry of Welfare’s letter dated 08.04.1994.