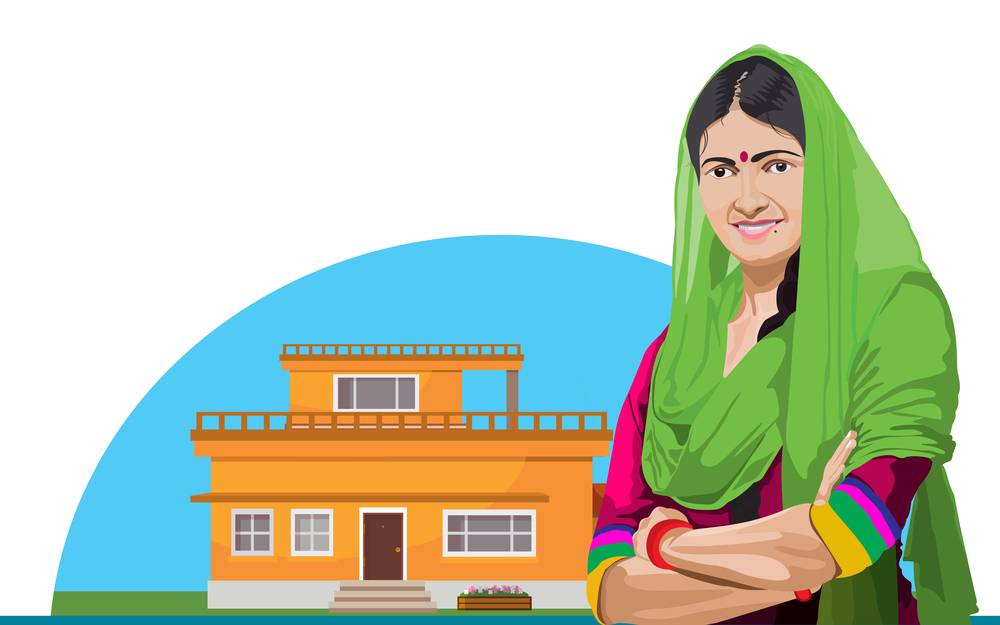 The objectives of the Indira Awaas Yojana are listed below:

The salient features of the Indira Awaas Yojana (IAY) are as follows:

The houses provided under the Indira Awaas Yojana (IAY) will be under the joint ownership of the husband and wife, except in the of the case of an unmarried, widow or divorced individual.

The support in the form of technical and managerial guidance is provided for the construction of the IAY house. Also, the services of reputed NGOs, charitable organisations, youth clubs can be utilised to provide necessary service support to the beneficiaries.

The eco-friendly housing techniques are promoted by the State Government to improvise houses with the facilities such as water supply, internal and approach roads, sewerage, drainage, street lighting and social infrastructure amenities in slums.

The target group covers households that are Below Poverty Line (BPL) as identified by the Gram Sabha of a village. The Central Government will extend its assistance to the households headed by women, SC/ST individuals, non-SC/ST rural households below the poverty line, ex-servicemen, widows, disabled individual, freed bonded labourers and marginalised sections of society.

Under Indira Awaas Yojana (IAY), the Central Government will provide funds for special projects initiated for the following purposes are:

Funding and Allocation of Funds

The funds allocated by the State and Central Government for the beneficiaries except in the north-east regions/UT are tabulated below:

Note: If any of the beneficiaries do not fall under the category mentioned above, then the District Collector or Zilla Parishad should certify the same and make necessary changes in the official portal (Awaas Soft). The allocation of funds made are as follows:

The Ministry of Rural Development will allocate the funds based on the following conditions:

The prescribed time limit for the completion of the project are given below:

Procedure for Release of 1st Instalment

Procedure for Release of 2nd Instalment

The fund will be released under the following conditions:

The systematic monitoring system is undertaken by the concerned authorities of Indira Awaas Yojana. As a part of this monitoring system, monthly reviews and annual reports has to be submitted to the area officers of the region will visit the allotted states and UT to monitor whether the scheme is being functioned as per the exact guidelines of the programme.