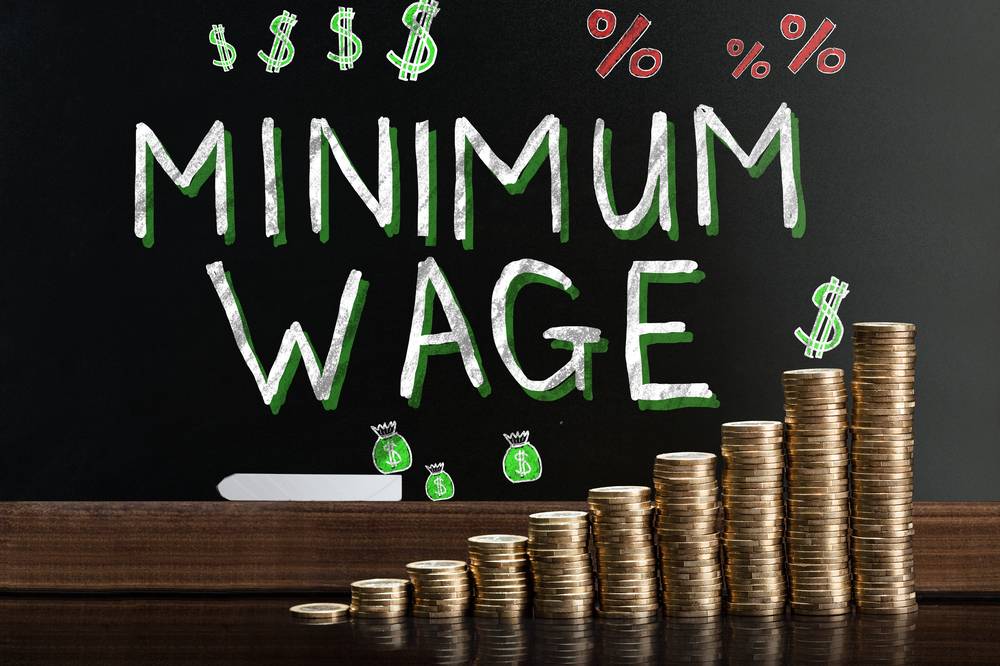 The Minimum Wages Act, has been enacted by the Central Legislative Assembly from the year 1948. The Act intends to provide for fixing of minimum rates of wages in certain employments. The relevant State government will set the prescribed minimum wages under this Act. The wages which are paid by an employer should not be lesser than the specified minimum wages. In this article, we look at the Minimum Wages Act in detail.

Know more about the Payment of Wages Act.

Objective of the Act

The objective of the Minimum of Wages Act, are as follows:

The Minimum of Wages Act applies to the following entities:

Wages under Section 2 of the Act

Wages means all remuneration, capable of being represented in money. It covers house rent allowance but does not include the

Fixation and Revision of Minimum Wages

The minimum rates of wages will be reviewed or revised, for every five years, by the appropriate government.

The appropriate government can add any employment, to the schedule(part-I or part – II), wherein one thousand or more employees are found working.

There are two different modes of procedure for Fixing and Revising Minimum Wages under Section 5. The main aim of both the procedures is to empower the Government to reach a favourable result about Fixation of a Minimum Wage.

The Two Modes are as follows:

The Appropriate Government should appoint as many Committees or Sub- Committees as to hold necessary inquiries for Fixation of Minimum Rates of Wages.

Publication of Proposals in the Official Gazette

The Appropriate Government by notification in the Legal Gazette, publish its Proposals for the Information of the Person who is likely to be affected by the Fixation of Minimum Rates of Wages.

Responsibility for Payment of Wages

Every employer is responsible for the payment to the persons employed by him are required to pay wages under this Act:

Registers and Records under Section 18

Every employer has to maintain records and registers regarding particulars about the following:

Time of payment of wages

The wages of every person employed in any railway, factory or industrial or other establishment or in which less than one thousand persons are engaged in the workplace has to be paid with wages to employees before the expiry of the seventh day from the month.

Any other railway, factory or industrial or other establishment has to be paid with wages before the expiry of the tenth day from the month and also can be paid after the last day of the payment in respect of which the wages are usually payable.

Method of Payment of Wages

Wages need be paid in current coin or currency notes or both. Wages can also be paid by cheque or by crediting them in the bank account if so authorised in writing by an employed person.

As per the provisions under section 7(1) says that every payment made by the employed person to the employer or his agent will be deemed to be the deduction from wages of this act.

The wages of an employed person has to be paid to an employee without deductions except in case of those authorised deductions from wages under this Act are represented below.

Deductions for absence from duty

Deductions can be performed in the absence of an employee for the whole or any part of the time during which he is required to work.

If ten or more person employed remains absent then the deduction from the payment of wages should not exceed his wages for eight days.

Deduction for damage or loss

Deductions for recovery of Advance

The fine or penalties cannot be imposed on any employed person in respect of omissions of such acts by the employer, with the previous approval of the State Government or the prescribed authority specifying in the form of notice under sub-section(2).

A notice specifying such acts and omissions can be exhibited in the prescribed manner on the premises in which the employment is carried on or in the case of a person employed upon a railway (otherwise than in a factory), at the prescribed place or places.

The fine cannot be imposed on any employed person until he has been with the reason against the fine or following such procedure as may be prescribed for the imposition of fines.

Authority under Payment of Wages

The appropriate government by notification in the legal gazette may appoint the following officers are listed below.

Where payment of wages have been delayed, or any deduction has been made from wages, the request can be made to the Authority by the Person himself or any legal practitioner or any official of a registered trade union, duly authorised in writing or an inspector under this Act or any other person acting with the permission of the authority.

An Appeal against an order of the Authority should be made within 30 days of the date of the concern order or direction, before Court of Small Causes and otherwise before the District Court.