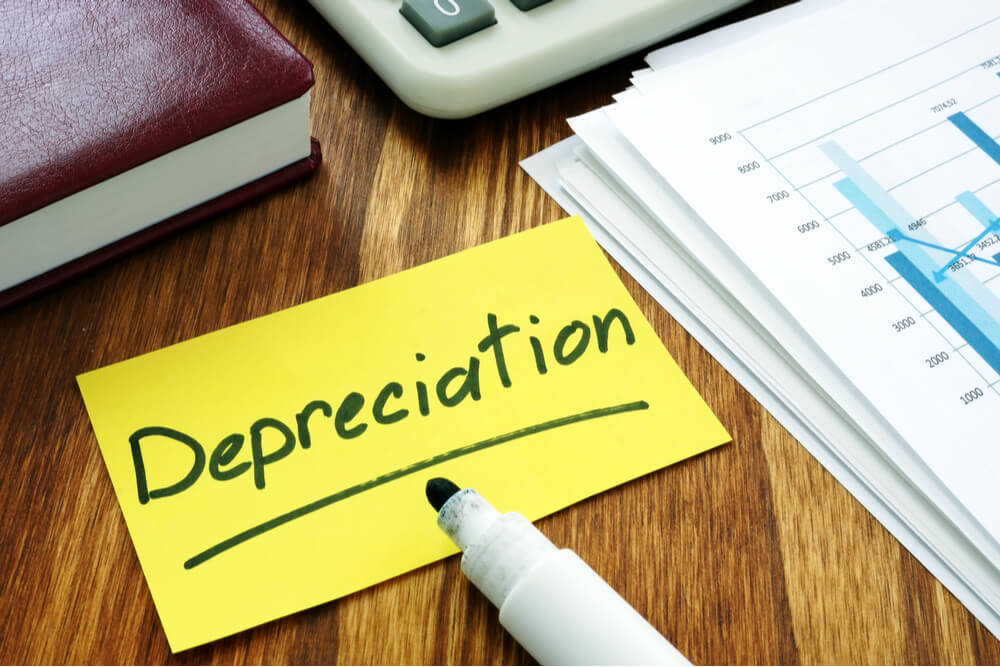 Mode of Expression – Percentage vs. Years

Useful Life – Based on Projection

Depreciation provides a method to systematically allocate the depreciable value of an asset over the period for which the business uses the asset. The depreciable value refers to the cost of a fixed asset after reducing the applicable residual value. The method of depreciation can be a straight-line method or written down value method. Also, other methods are available, including those based on the number of units of output produced by the asset. However, in general, most businesses in India follow the Written Down Value (WDV) method.

Tangible fixed assets which have a physical existence are depreciated. On the other hand, companies provide amortisation for intangible assets, such as patents, trademarks, copyrights, and so on. According to the Guidance Notes issued by the Institute of Chartered Accountants of India (ICAI), goodwill must be recognised as an asset in the books of accounts exclusively when consideration has been paid for purchasing the asset. Also, for recognition, there should be a clear title over the asset, which is transferrable in the open market at an arms’ length price.

In general, a company should follow the Indian Accounting Standards (IndAS) for determining the amount of amortisation to be allowed on an intangible asset. However, this should not be followed when a road project is executed under a Public-Private Partnership (PPP) model of construction. When a company is engaged in a PPP model of construction, the pattern of amortisation is as under:

Projects under the ‘Build, Own, Operate and Transfer’ Model

B = Cost of the Intangible Asset

A = Actual Revenue for the Financial Year,

C = Cost of Acquisition of the Intangible Asset

In the above formulas, revenue should be scrutinised periodically. Alternatively, the company should assess the projected revenue at the end of every financial year in which the asset is used. Further, the projected revenue should be adjusted to reflect the changes, if any, in the estimates, which will lead to the actual collection at the end of the concession period.

The amortisation amount or rate should make certain that the entire cost of the intangible asset is amortised over the time for which the asset is expected to yield benefits. Where a company determines the amortisation amount for any Intangible Assets as per any method, the auditor of the company should ensure that the method complies with the applicable Accounting Standards (IndAS). The auditor may observe that there is a deviation with the amortisation methods and rates followed by the company from the requirements of the Companies Act. In such cases, the auditor should bring the matter to the attention of the Board of Directors. The Board may not respond with a valid reason for the difference. In such circumstances, the auditor should highlight the discrepancy, along with the reason, in the shareholders’ report.

The residual value of an asset refers to the value at the end of the life of an asset. The residual value should not be more than five per cent of the original cost of the asset. A company may adopt a depreciation rate, useful life or residual value which is different from the amount mentioned in Schedule II of the Act. In such cases, the company should explain to the shareholders the reason for the differences. The Board of Directors should include the explanation as an annexure to the Financial Statements of the company. The directors should also attach a technical report, justifying the adoption of different depreciation rates or residual values. An expert should author the technical report.

Schedule II of the Companies Act provides an exhaustive list of the rates which companies should use to provide depreciation and amortisation. The rates are given below for reference:

In certain cases, the useful life and residual value of an asset may be notified for accounting purposes by a Regulatory Authority, which has been constituted under a Parliamentary Legislation or by order of the Central Government. In such cases, the rate of depreciation or useful life which is mentioned in the relevant Act or order should be applied in calculating the depreciation to be provided for such asset, irrespective of the requirements of Schedule II of the Act. This scenario usually takes place in the case of banking, insurance and electricity companies. These specialised companies prepare their Financial Statements not in compliance with the Companies Act, but as per the requirements of the respective legislations. For example, State Electricity Boards in India prepare the financial statements as per the requirements of the Electricity Act, 2003.

To learn about IAS 38, which deals with the accounting treatment for Intangible Assets, click here.