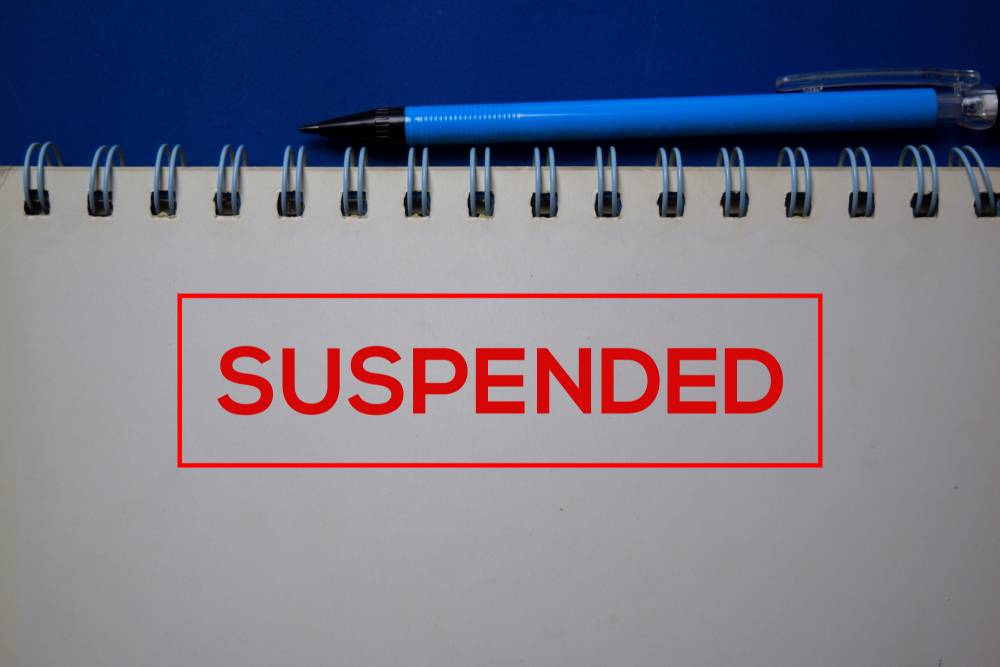 Suspension of an Employee

Post by: Karthiga in Legal
Home » Learn » Legal » Suspension of an Employee

Suspension of an Employee

Conditions on Suspending an employee

The suspension of an employee can be performed under the following conditions:

If an employee has committed misconduct inside the work premises, then such employee will be suspended immediately under pending investigations. This is called Suspension Pending Enquiry. The suspension order will be issued along with charge-sheet, the charge-sheet must follow within 7 days of issue of the suspension order.

If the employee has accused in a court of law for any criminal offence, the concerned authority is liable to suspend an employee under suspension pending court’s order.

Even though an employee is not suspended under pending enquiry, if it is decided to suspend an employee for the misconduct committed by the employee, the concerned authority may do so after the conclusion of the enquiry. In such cases, the suspended employee will not be allowed to receive any payment during the suspension.

Right to Suspend an Employee

The right to suspend an employee during the pendency of an enquiry against the employee are regulated under the provisions regulating the conditions of service. During the suspension, an employee is only prevented from discharging the duties of his office for the time being.

Note: If the rules are framed by the employer in-specific for not to pay during the suspension, the employer cannot claim the same.

However, there is a provision of Section 10A of the Industrial Employment (Standing Orders) Act, for payment of subsistence allowance during the term of suspension against the pending enquiry. Therefore, under Section 10A, the employer is liable to pay subsistence allowance during the term of suspension against pending enquiry. If the misconduct is proved after the enquiry, the employee is terminated and not entitled to any wages for the suspension period. But, if the enquiry results in reinstatement, then the employee would be entitled to receive full wages (Pay + allowances) for the suspension period.

The employer suspends an employee against pending investigation or enquiry into complaints or charges of misconduct against the employee in such case the employer should pay suspension allowance to such employee under the following conditions:

In case of any discrepancy regarding the suspension allowance payable to an employee, the employer or the employee would refer the dispute to the Labour Court. The Labour Court after hearing may decide the dispute and such decision will be final and binding on the parties.

If any provisions not discussed here and if better allowance or law is followed in any part of the country, the same can be adopted by the employer and employees.

As per Rule 5 of the Model Standing Orders states that suspension allowance should be equal to one-half of the basic salary, dearness allowance and other compensatory allowances. On the other hand, the service charges to a suspended employee of a hotel will be included in the compensatory allowance for calculating subsistence allowance, which has to be paid to an employee.

Recovery of money due from an Employer

The department enquiry can be initiated when the law of suspension or subsistence allowance are not followed.