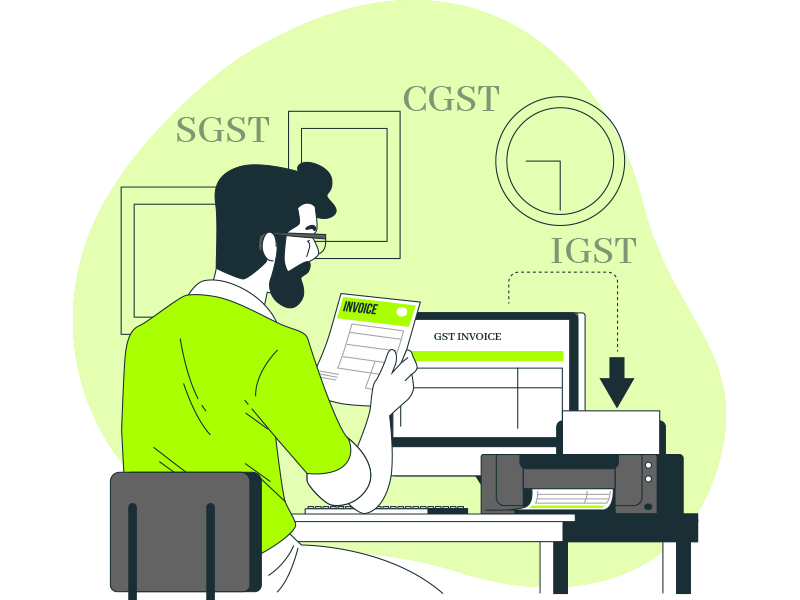 Difference between CGST and SGST

Difference between CGST and SGST

GST or the Goods and Services Tax is the recent addition to the Indian Taxation system and it is levied on the supply of goods and services.  For the business operation to run smoothly GST  registration is required. It takes about 3-6 working days to obtain GST Registration. Any business that is operating without GST is considered to be illegal and is bound for penalties.

Under the GST law, the central government will collect the CGST, SGST, or the IGST depending on the transaction. When the supply of the goods or services is happening within the state it is called the intrastate transaction then both CGST and SGST will be collected. If the supply of the goods or services has happened between the states it is called inter-state transactions then it is called the inter-state transactions then only IGST will be collected. There were multiple taxes such as the Central excise, service tax, and the State VAT but under GST there is just one tax with three components- CGST, SGST, and IGST.

What is the Central Goods and Service Tax?

The Government of India levies the Central Goods and Service tax on any transaction of goods and services within the state. It is one of the taxes that is charged on every intrastate transaction. CGST has replaced all the existing central taxers like the service tax, central excise duty, customs duty. The rate of the CGST is equal to the SGST rate and both the taxes are charged based on the products.

So in case, If Ayaan is wanting to sell a product to Joseph who lives in the same state then he has to pay two taxes. The rate of CGST is 9% and SGST will also ve 9%. GST is levied on the consumption of the product in which the state is manufactured is not entitled to tax collection. For manufacturing the state levies the tax then the same will be transferred to the consuming state through the central government.

What are the State Goods and the Service tax?

SGST means the state goods and Service tax, which is one of two taxes that is levied on the intrastate transactions of the goods and the services. SGST is levied on the state where the goods are being purchased and sold. It will replace the existing state’s taxes that includes the VAT, entertainment tax, sales tax, luxury tax, entry tax, state cess, and the surcharge on any kind of transaction that involves the goods and services. The state government is the sole devising of the revenue earned under the SGST.

So if Ankit from Uttar Pradesh is wanting to sell some goods to Lalit in Uttar Pradesh then the product will attract the GST at 18% comprising of 9% of CGST and 9% SGST.

What is the difference between CGST and SGST?

What are the benefits of getting GST registration?

There are various benefits of getting GST registration like you can avail the Input tax credit and the Interstate sales without restrictions. You can also opt for a composition scheme for small businesses which offers less tax liability, high working capital, and fewer compliances. The GST tax regime has reduced the cascading considerably.