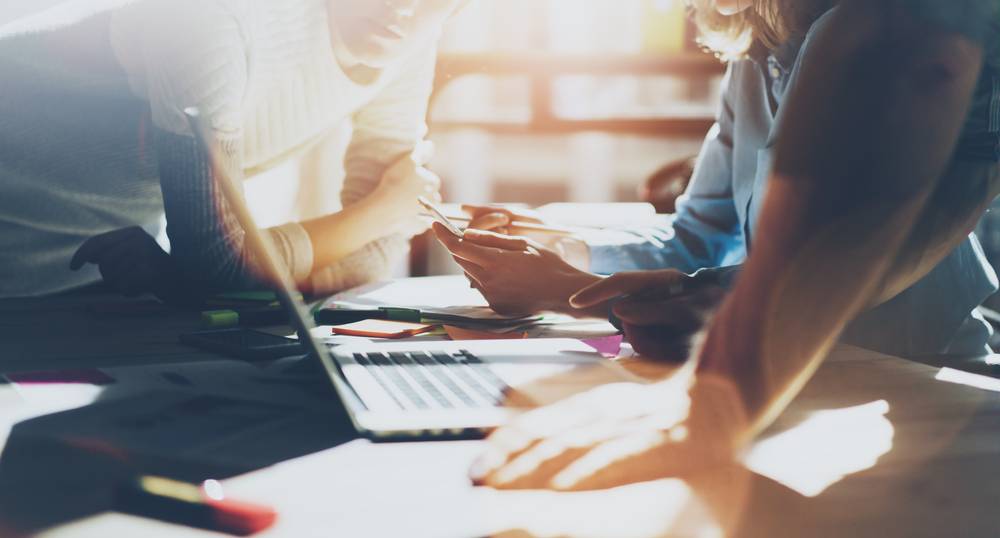 The Government of Haryana is striving to utilise the potential of young entrepreneurs through the Startup Haryana initiative by offering them the necessary policies and maximum convergence by linking the broader Government of India initiatives including Make in India, Digital India, Standup and Startup India and Skill India. The motive of this policy is to provide distinct levels of government support at every stage and to develop a holistic and sustainable startup ecosystem in Haryana. The features of the Startup Haryana Policy is given in this article.

The purposes of the Startup Haryana Policy are given below.

The idea of the Startup Haryana Policy is to become a resourceful and inventive Start-up Hub of the country by supporting and assisting the new-age innovators and entrepreneurial talents across the State.

The given below are the missions of Startup Haryana Policy.

Startup refers to an entity that could be a private, public, proprietary, partnership firm that which is formed in India.

The eligibility for location and employment is given below.

All applications of potential startups that are received undergo a preliminary examination by Startup wing of Harton. A list of shortlisted applications shall be tagged to the respective subject related incubators after the initial review. The incubators prepare a proposal for the following issues after the incubation process.

The list of recommendations/ proposals of the incubators would be placed before the Policy Implementation Committee. The Committee examines these recommendations and recommends for certification of startups. Only after this certification, the startups would be eligible for financial incentives under the policy. The Startups recognised by DIPP and passing the eligibility criteria can avail financial incentives under this policy.

Infrastructure will be the key to the growth of the startups in the State. Affordable workspaces equipped to handle the connectivity and creative requirements of startups is mandatory for building a healthy ecosystem. The Government of Haryana shall endeavour to create a world-class incubator facility that provides an end to end ecosystem for entrepreneurs. Innovation and incubation do not limit itself to Information Technology sector, but also has scope in all industries including agriculture, traditional industries, Ayurveda, health, nutrition and food supply, energy and environment and vast service sector that are currently not tapped optimally. For this purpose, the Haryana Government aims to develop the world-class physical infrastructure in the State that provides a conducive environment for ideas to originate, scale-up and see business fruition.

The State Government has initiated some measures to enhance the start-up ecosystem in Haryana. An innovation hub in Gurugram covering an area of 30,000 square feet has been set up. This comprises the following facilities.

The incubation centres are created across the State in every district for the specific sector based on the resources that are available in the region. The government aims to develop multi-tenant facilities, centres of knowledge transfer and stakeholder networks with on-site management and business support strategies that direct diverse business incubation programmes. The start-up that is enrolled with Government start-up programs will be given space in Government. The Government supports the Incubation centre only once; the maximum period is one year. The Incubation centres would facilitate the following activities.

The State develops its incubation network by leveraging the existing infrastructure present in the State. The creation of network would be analogue to Hub and Spoke Model; Startup Warehouse that is already operating in Gurugram, in collaboration with NASSCOM, would be nominated as Hub Incubator, where at least one institution in every district would be considered as Spoke/ Branch Incubator. The area would be mapped for sectoral potential and, a private institution would be given the responsibility to establish incubation in sync with the planned potential. Some of the suggested centres would be NIT Kurukshetra for Robotics, PGIMER Chandigarh for Biotechnology or Life Science related Startups. Other institutes would be mapped and notified frequently.

To promote the entrepreneurship among the youth from rural areas and to equip them with the required skill set and knowledge, the State leverages ASPIRE scheme of Ministry of MSME, Government of India and supports in establishing incubators on its own or in PPP mode and provides additional financial support if required.

The Government sets up at least one world-class Accelerator by inviting Global Accelerators to set up their program in the State by providing support and space to bring international expertise.

The recognised and established player in the field would be invited to develop incubation centres in the State. The Government assists and guides in all possible ways starting from preferential treatment for providing land fast-tracked approval and other fiscal incentives required to make these centres active in the initial years.

According to the National Security Policy, the importance is laid on to design and develop indigenous products in the national interest to secure cyber space in India. The Haryana Government guarantees to promote Haryana State as a business destination for enhancing the activities of cyber security R&D in government for indigenous products for global requirements. Organisation/ startups that are related to cyber security would be given the benefits of the policy, provided that they meet the terms of Startup definition and other eligibility criteria.

In the initial years, startups require supports and if it comes from the government, the possibility of becoming success increases. This also encourages people to take entrepreneurship as a career option. Therefore, to boost the entrepreneurship in the State, the Government has proposed incentives for Incubators and Startups.

The Government facilitates in setting up of Incubators in Government institutions and Private Institutions. The selection of Host Institution to establish incubators would be decided by the Policy Implementation Committee. The selected Host Institutes serves as Incubators would be responsible for providing primary ‘plug and play’ facilities like workspace with computer and internet broadband connectivity, conference room and training and mentoring facilities to startups. The State supports the Incubators for a maximum of five years depending on the performance.

The incubators would be given a 50% exemption on lease rent and operation and maintenance charge for Government-owned building for three years for Rs. 5 lakh per annum for one incubator.

Government incubators get support for recurring expenses as Operational Subsidy assistance up to Rs. 1 lakh for three years.

The incubators would be provided 100% Stamp Duty registration exemption for purchases/ lease of land/ office space/ IT building with the condition of commencing operation within two years.

To provide mentoring for priority issues like fund raising, scaling, recruitment and product interface, the incubators would be provided Mentoring Assistance support for Rs. 3 lakh every year.

Assistance for Participating in Fair/ Exhibition

The Industry association/ incubators leading a delegation of startups to National and International Fair/ Exhibition or to organising this, financial assistance of Rs. 25 lakh would be provided. At most 12 events would be supported by the State Government every year.

To encourage entrepreneurship culture in colleges, eligible institutes of national importance, State Universities and Central Universities that are located in Haryana consisting of Incubators, would be supported by the State government to organise startup competition fest every year, for which the Government gives financial assistance up to Rs. 5 lakh per event.

The policy’s vision and mission are focused on an entrepreneur with an idea, vet/ validate the concept through appropriate filters, and adequate assistance and mentoring of the highest quality by the investment facilitation through funds and various incentives and a clear roadmap to the path towards scalability. The following are the scheduled incentives.

A reimbursement of 25% of lease rental subsidy to eligible startup units that are established in the state, operating from Incubators/ IT Parks/ Industrial clusters or any other notified location would be available for one year subject to the ceiling of Rs. 1 lakh per annum.

The incentives/ provisions under the Enterprise Promotion Policy 2015 will be available to startups. Incentives for the same component cannot be claimed from more than one scheme.

Government to empanel software/ mobile app development agencies for extending programming/ app development support to eligible startups would reimburse development cost to the tune of 60% for application development that has been undertaken through empanelled agencies to the ceiling of Rs. 1 lakh per startup.

To aid funding support to startups, the government creates a corpus of Rs. 115 crore with an intention to utilise at two levels. The first level is seed funding for incubating the ideas and secondly, the financial support through venture capital funds for scalability. The fund for scalability will be like ‘Funds of Funds’ (FoF), implying that it will not invest directly into Startups, but shall participate in SEBI approved early stage Venture Capital Funds, up to 10% as Limited Partner. The Venture Capital Fund that is created will be invested twice the amount that is contributed by the State Government in startups located in Haryana.

To create a conducive business for companies, the Government of Haryana shall be implementing some landmark reforms for regulatory simplification. This reform is aimed at improving the Ease of Doing Business in the State and ensures a hassle-free experience for the investor. Some of these measures include

The student entrepreneurship programmes inculcate the habit and implants the idea of innovation and entrepreneurship in the minds of the citizens in every aspect of the economic activities that are required for promoting the culture of innovation. This has to be achieved through standard educational support to bring out innovators as technopreneurs among the youth. The Government works with universities, educational institutions and the industry to provide pre-trained workforce in emerging technologies and to nurture a culture of entrepreneurship in all sectors.