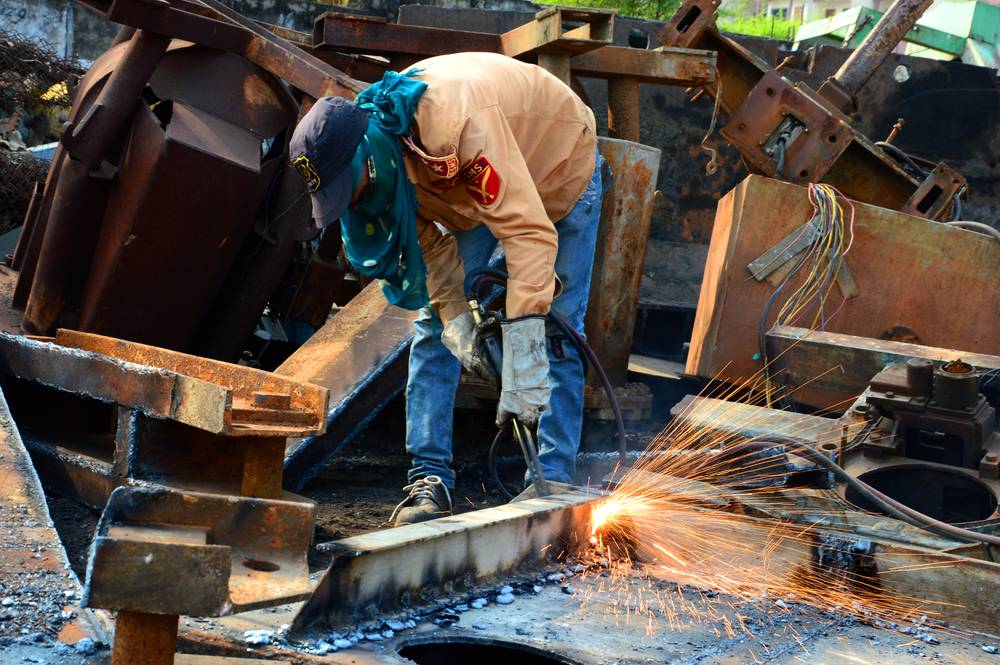 The Government of India has launched “North East Industrial Development Scheme” for industrial units in the North Eastern Regions of the country. This scheme aims to promote sustainable industrializations and employment generation in North East regions states including Sikkim. Under this scheme, the Government grants a package of fiscal incentives to eligible industrial units engaged in the manufacturing and service sectors. This article examines the North East Industrial Development Scheme (NEIDS) in detail.

To know about the Global Environment-Friendly (GEF) Scheme

The objective of the scheme was to accelerate economic growth and boost in the process of industrialization in the North-Eastern Region of India.  In order to enhance employment in the North East regions, the Government is incentivizing primarily the MSME units through this scheme. All eligible industrial sectors, which are getting the benefits of one or more components of any other schemes of the Government, will also be considered for the benefits of other components of this scheme. The Government is also providing specific incentive amount through the scheme to generate employment.

Get in touch with InidaFilings for MSME Registration

Key Highlights of the NEIDS Scheme

Some of the key features of the North East Industrial Development Scheme are given below:

Incentives under the Scheme

Under the Scheme, the following incentives will be provided to the eligible new industrial sectors set up in the North-Eastern (NE) States (including Sikkim) on reimbursement basis:

The following are the rules for claiming various incentives under the North East Industrial Development Scheme (NEIDS):

The claim for CCIIAC has to be submitted electronically within 1 year of the start of commercial operations. All requested details have to be provided, that includes the total investment in plant and machinery project, installed capacity, Transit Insurance premium paid, Freight charges, Cost of Productive equipment, etc. The industrial unit must also indicate in its online claim form that it is willing to allow the team of field inspection to visit the premises after the production has started to independently verify the existence of the plant & machinery in respect of which a claim has been filed.

The applicant has to submit a certificate with a recommendation statement/letter from a scheduled bank, or central or state financial institution, clearly indicating the credit limit that is granted by the bank with respect to the below following:

The claim for CCII must include all the details of buildings, plant and machinery insured have to be given in support of a claim for a complete financial year within 6 months after the end of that year.

The reimbursement on finished goods applies only to the central share of the net GST that has been paid and the rules that specify the method of calculating the refund amount. A claim must be made within 6 months after the end of the relevant quarter and the process for the approval of claims is similar to that adopted by the Central Board of Indirect Taxes and Customs for the GST reimbursement under other schemes;

The claimant has to provide a copy of the “intimation” that is issued under section 143(1) of Income Tax Act 1961 (ITA) and also confirmation of the amount of the claim. (The intimation is the preliminary assessment issued by the Centralized Processing Center of the Central Board of Direct Taxes (CBDT) after it has processed the taxpayer’s return and checked for any arithmetical inconsistencies, potentially incorrect claims, etc.) The claim should be filed online within 6 months from the end of the month that the intimation was issued. The reimbursement of income tax will be approved by the DPIIT in consultation with the CBDT.

The claims have to be submitted quarterly within 6 months of the end of the relevant quarter.

The claimant unit would register for the incentive via the Pradhan Mantri Rojgar Protsahan Yojana (PMRPY) Portal.

In general, follow the below procedure to apply for the North East Industrial Development Scheme (NEIDS):

Step 1: Firstly, all eligible industrial units will have to register under the NEIDS Scheme with the Department of Industrial Policy & Promotion, Ministry of Commerce and Industry, Government of India to avail the for any benefit under this scheme.

Step 2: The online application process would be developed under which the applicants have to submit the respective applications along with the Detailed Project Report (DPR).

Step 3: The Department of Industrial Policy and Promotion will separately issue all the detailed instructions for the use of portal online for NEIDS and registration of eligible units.

Step 4: The final grant of registration/in-principle approval will be decided by the Committee consider the prima-facie criteria of the industrial unit, availability of budget and decide the eligibility for registration under the Scheme.

Step 5: The units should start commercial production within 18 months of approval.

Step 6: After receiving the incentive(s), each industrial unit shall submit Annual Progress Report (APR) to the State Government or Department of Industrial Policy and Promotion concerned, about its working for a time period of 5 years after going into the production.

The North East Industrial Development Finance Corporation Limited will act as the nodal agency for disbursal of incentives under various elements of the Scheme. NEDFi will release incentive amount only through e-transfer to designated bank accounts of the eligible industrial units.