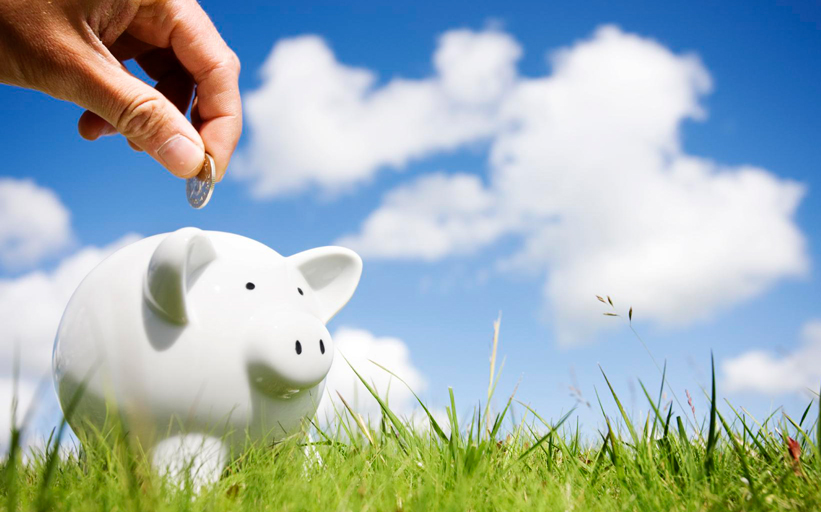 The word “Nidhi” in Nidhi Company comes from a root word traditionally meaning “treasure”. In its more recent context in the Indian financial sector, it refers to any mutual benefit society notified by the Central / Union Government as a Nidhi Company. They are created primarily for the motive of cultivating the habit of thrift and savings among their members.

The companies doing Nidhi business, viz. borrowing from members and lending to members only, are known under different names such as Nidhi, Permanent Fund, Benefit Funds, Mutual Benefit Funds and Mutual Benefit Company. Nidhis are more popular in South India and are highly localized single office institutions. They are mutual benefit societies because their dealings are restricted only to the members, and membership is limited to individuals. The principal source of funds is the contribution from the members. The members also get loans at relatively reasonable rates for purposes such as house construction or repairs. The deposits mobilized by Nidhis are not much when compared to the organized banking sector.

Nidhi’s are companies under section 620A of the Companies Act, 1956 (Section 406 of the new Companies Bill 2012, as passed by Lok Sabha) and get regulates under the Ministry of Corporate Affairs (MCA). Even though Nidhis are regulated by the provisions of the Companies Act, 1956, they are exempted from certain provisions of the Act, as applicable to other companies, due to limiting their operations within members.

The Central Government vide Notification No.5/7/2000-CL.V dated 23rd March 2000 constituted a Committee to examine the various aspects of the functioning of Nidhi Companies. There was no Government Notification defining the word ‘Nidhi’. Taking into consideration the manner of functioning of Nidhis and the recommendations of the Shri P.Sabanayagam Committee in its report and also to prevent unscrupulous persons using the word ‘Nidhi’ in their name without registering under the Department of Company Affairs (DCA) and yet doing Nidhi business, the Committee suggested the following definition for Nidhis:

“Nidhi is a company with the exclusive object of cultivating the habit of thrift, savings and functioning for the mutual benefit of members by receiving deposits only from individuals who enrol as members and by lending only to individuals, also enrolled as members, and which functions as per Notification and Guidelines by the DCA. The word Nidhi shall not form part of the name of any company, firm or individual engaged in borrowing and lending money without incorporation by DCA and such contravention will attract penal action.” A part of this definition appears in the new Companies Bill 2012 in Section 406.

Also under the ambit of Reserve Bank of India

Nidhis are also included in the definition of Non-Banking Finance Companies or NBFC’s which operate mainly in the unorganized money market. However, since 1997, NBFCs have been brought increasingly under the regulatory ambit of the Indian Central Bank, RBI. Non-banking financial entities partially or wholly regulated by the RBI include:

Since Nidhis come under one class of NBFCs, RBI issues directions to them in matters relating to their deposit acceptance activities. However, in recognition of the fact that these Nidhis deal with their shareholder-members only, RBI has exempted the notified Nidhis from the core provisions of the RBI Act and other directions applicable to NBFCs. As on date (February 2013), RBI does not have any specified regulatory framework for Nidhis.

The RBI guidelines provide that a Nidhi company notified under section 620-A of the Companies Act is classified at present as “Mutual Benefit Financial Company” by RBI and regulated by the Bank for its deposit-taking activities and by DCA for its operational matters as also the deployment of funds. These Companies enjoy exemption from core provisions of the RBI Act viz. requirement of registration, maintenance of liquid assets and creation of reserve fund, and RBI Directions except those relating to the interest rate on deposits, a prohibition from paying brokerage on deposits, ban on advertisements and the requirement of submission of certain Returns. Such companies can deal with their shareholders only, for the purpose of accepting deposits and making loans. There are a number of companies functioning on the lines of Nidhi companies but not yet notified by DCA. As RBI Directions to classify them as loan companies had disallowed them the special dispensation available to Notified Nidhi companies, the Bank and the Government received representations from a large number of such companies and their associations. The government has decided to give them a special dispensation and that applications of companies register on or before January 9, 1997, shall be considered for notifying as Nidhi Company under section 620-A of the Companies Act, 1956 only if they have minimum NOF of Rs.10 lakh or more. These companies require to have own net fund of Rs.25 lakhs by December 31, 2002, like companies already declared as Nidhis. Government has also clarified that NOF shall have the same meaning as assigned to it in the RBI Act, 1934. Thus a new class of companies has created, i.e. the potential Nidhi companies. To distinguish them from the notified Nidhi companies (Mutual Benefit Financial Companies), the term Mutual Benefit Companies (MBC) is being used. Since the notified Nidhi companies are exempted from the provisions of Section 45-IA (Compulsory Registration with RBI), Section 45-IB (Maintenance of Liquid Assets) and Section 45-IC (Creation of Reserve Fund), it has been decided on the lines of Government advice to exempt the MBCs in existence as on January 9, 1997, and having NOF of Rs.10 lakh from the above-mentioned provisions of the Act in terms of powers vested with the Bank under Section 45 NC of the Act and also from those provisions of NBFC Directions on Acceptance of Public Deposits and Prudential Norms which do not apply to notified Nidhi companies.

As per notification from the Ministry of Corporate Affairs on 3rd February 2020, the amendment to existing rules was released where the stakeholders are advised to use the revised and latest forms by the Nidhi companies and they are:

The revised rule is applicable from 10th February 2020 and the notification can be accessed below:

Visit the article on Nidhi Company Registration at IndiaFilings Learning Center for more information about the procedure for incorporation of a Nidhi Company in India.

IndiaFilings.com can help you start a Nidhi Company in India