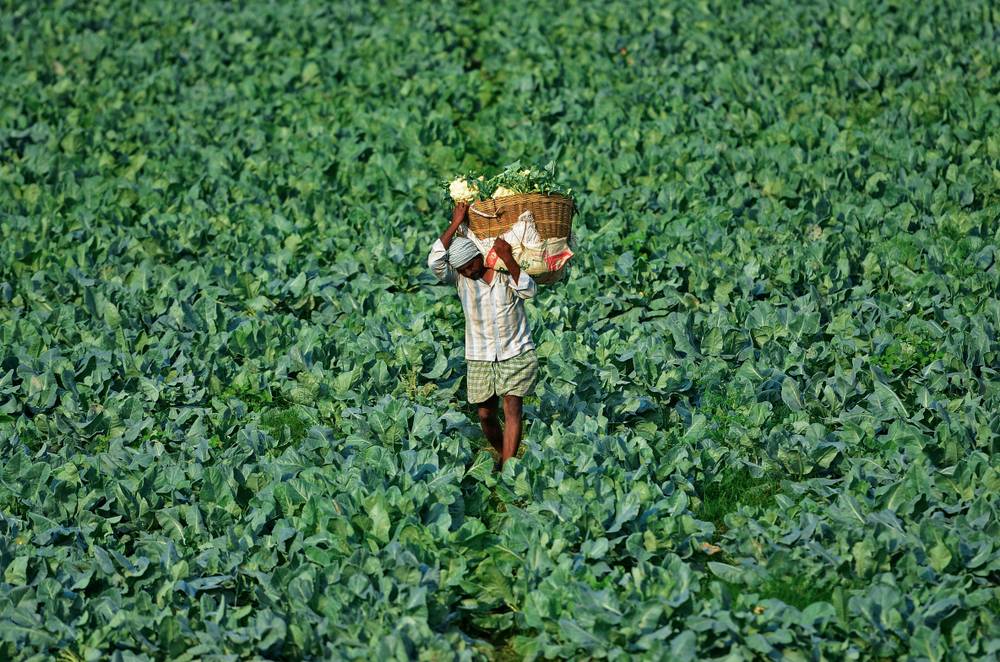 The Finance Minister has announced a Farmer Income Support Scheme called Pradhan Mantri Kisan Samman Nidhi Yojana. The scheme was presented in the interim budget 2019 in the national assembly on the 1st February 2019. All small and marginal farmers with land will receive financial assistance of Rs. 6,000 every year under the scheme. In addition to this scheme, there were many other projects benefiting various categories of the community were announced. This article discusses in detail the overview of the Pradhan Mantri Kisan Samman Nidhi Yojana.

A small and marginal landholder farmer is primarily a family comprising of a husband, wife and minor children. The family possess a cultivable land up to 2 hectares as per land records of the concerned State and Union Territory. The existing land-ownership system is used for the identification of the beneficiaries for the calculation of benefits.

The fundamental intention of the scheme is to provide income support for farmers and to assist them in purchasing various inputs that are required during the sowing seasons. The project is targeted for all small and marginal farmers across the nation.

The highlights of Pradhan Mantri Kisan Samman Nidhi Yojana is given below.

Responsibility to identify the landholder farmer family who is eligible to acquire the benefits under the scheme shall be decided by the State/ Union Territory Government. The states prepare databases of the qualified beneficiary landholder farmer families in the villages by obtaining details like Name, Age, Gender and Category (SC/ ST), Aadhaar number or Aadhaar enrollment number for those candidates who have not received Aadhaar card. In addition to this, information regarding identification documents like driving license, voters’ ID, NREGA job card or other identification documents that are issued by the Central/ State/ Union Territory Governments of their authorities, bank account number, IFSC code are also acquired. Though the mobile number is not required it is better to provide it, so that information regarding the sanction/ transfer can be communicated. For beneficiaries in the states of Assam, Meghalaya, Jammu and Kashmir where Aadhar card has not been issued, Aadhaar number shall be collected for those beneficiaries where it is available, and other alternate prescribed documents can be obtained for identity verification purposes. States and Union Territories ensures that there is no duplication of the payment that is transferred to eligible farmers. Speedy reconciliation in case of wrong/ incomplete bank details of the beneficiary has to be ensured.

Under the scheme, financial interests that are mention below will be provided to all small and marginal landholder farmer families across the country.

Eligibility of the Scheme

Citizens passing the following criteria are eligible to apply for this scheme.

The following categories of beneficiaries of high economic status shall not be eligible to receive the benefits of the scheme.

Exclusion of State and Union Territory Government can certify the eligibility of the beneficiary based on the self-declaration. If the recipients are not available or do not reside in the village, State/ Union Territory Governments may consider certification depending on the declaration made by another adult member of his/ her family. In case of an incorrect self-declaration, the beneficiary would be liable for recovery of transferred financial benefits and other penal actions abiding by the law.

As per the press release on 25th June 2019 from the Ministry of Agriculture & Farmers Welfare, the eligibility has been revised as per below. The exact notification is presented below:

All landholder farmers’ families in the country are eligible for the PM-Kisan Scheme, except those covered under the following exclusion criteria:

(I) All Institutional Land holders; and

(II) Farmer families in which one or more of its members belong to following categories :

(i) Former and present holders of constitutional posts

Given below are the mandatory reports that have to be possessed by the citizens.

The photocopies of Aadhaar cards have to be furnished when the applicant receives the fund in instalments. Failing to do this, leads the beneficiaries in not accepting the funds.

The Central Government is taking the necessary steps to implement this scheme. There has not been any information announced regarding the application procedure or the attainment of enrollment documents. When all the processes are confirmed, citizens can apply for it on the Government Portal.

Beneficiaries under the scheme are identified by the concerned State and Union Territory. The details of the farmers are maintained by the States/ Union Territories either in electronic form in the manual register. To make an integrated programme available in the country to assist in benefit transfer, a platform named PM Kisan Portal will be launched to upload the SMF details at a single web portal in a uniform structure.

For transfer of benefits of the first installment (the period from 01.12.2018 to 31.03.2019), the States and Union Territories are expected to take immediate steps for finalization of eligible beneficiaries’ lists and uploading the same on the PM Kisan Portal by the 25th of February 2019, so that benefits may be transferred into the accounts of beneficiaries thereafter.

Validity of the Beneficiaries

The list of beneficiaries prepared by the States and Union Territories to transfer the first instalment shall be valid for one year. However, the States and Union Territories can upload names of eligible beneficiaries who have been identified subsequently. The officials have to implement a mechanism to make sure that the revision of the name of the beneficiary list in case of mutation and changes made in the land record after uploading list on the portal for updation of the available beneficiary details. It has to be noted that after 01.02.2019, benefits will be permitted to transferees only on succession due to the death of the candidate.