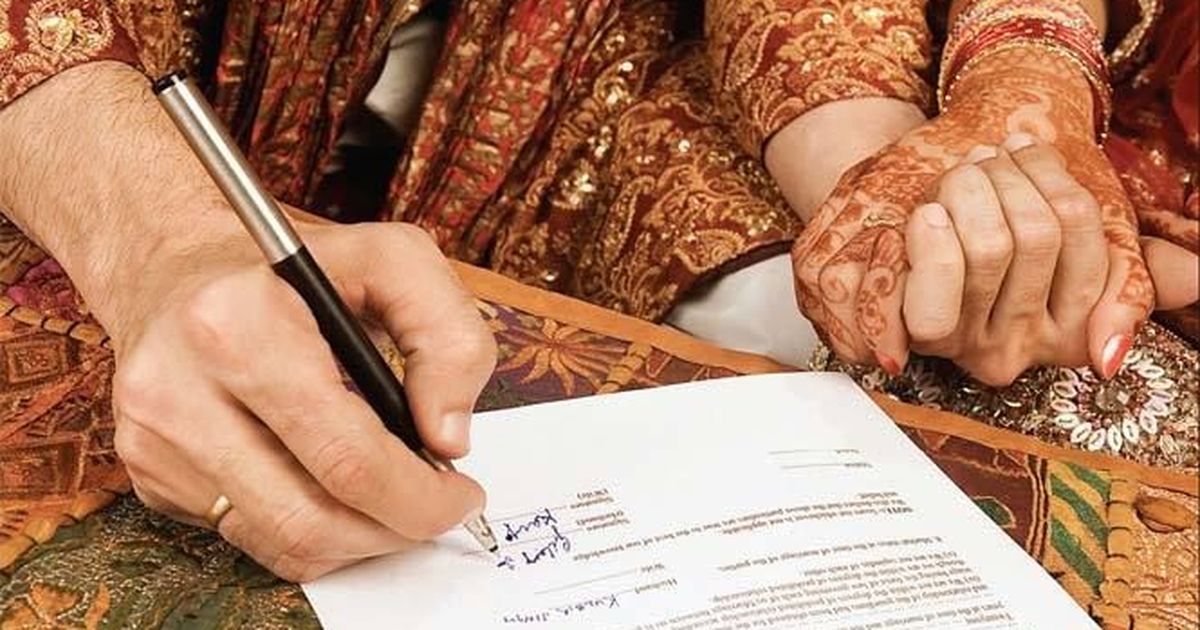 Marriage is wedlock that is believed to be there till death. Only a person, who thinks he/she has the competence to live his /her entire life in this sacred tied relation being man and wife, should enter the bond. In India, no wedding is a small affair. People plan the wedding of their children since they are born. People leave no stone unturned to make sure that the wedding of their families is celebrated at their fullest. Meanwhile, between all the fun and wedding preparations, it is equally essential to get the marriage registered legally in our country. This will issue a marriage certificate that will be needed for all the joint ventures of the couple like, buying property or a spouse visa to go abroad.

Moreover, unfortunately, if the things do not go well, and one is thinking of a separation, a marriage certificate is a must for that. Moreover, if one of the partners dies, the certificate is very helpful in getting the insurance claim. Getting a marriage registered is the most essential and smartest thing to do.

Step by step procedure to register a marriage in India

A marriage certificate is a document that declares two people married legally. Marriages in India are to be registered under the Hindu Marriage act, 1955 or the Special Marriage Act, 1954. In the year 2006, the Honorable Supreme Court made it mandatory in India to get a marriage registered to legalize it.

Online registration for a marriage certificate

Just like the other essential things available online in India these days, registration of marriage online is also an option. Online registration is more preferred options because it saves time and troubles less, one does not have to stand in long queues and, especially in this era of social distancing. It skips one’s multiple meetings with the marriage registrar. Here are the steps.

Offline registration for a marriage certificate

Under the Hindu Marriage Act, 1955

As discussed, marriages in India can be registered under either the Hindu Marriage Act, 1955 or Special Marriage Act, 1954. Irrespective of their religion, it is applicable to all citizens of India. The parties applying for a registration of marriage in India are only eligible, only if they are either Hindus, Sikhs, Jains or Buddhists. Also, if the marriage is already solemnized, the couple can apply for registration.

Under the Special Marriage Act, 1954

Irrespective of their religion, all the citizens of India can get their marriage registered under the Special Marriage Act, 1954. Under this registration, along with solemnization, is given to the couple by the marriage officer. As discussed, the couple applying under Special marriage Act, have to give a 30 days’ notice to the sub-registrar under whose jurisdiction, any of the partners reside.

The registrar puts up a notice on the board for 30 days, and if he/she does not receive and objection within the duration, the marriage gets registered. The sub-registrar of the jurisdiction must keep a copy of the notice.

This whole process enables the marriage to be complete without any religious ceremony. Special Marriage Act, 1954 is an alternative for those who are not eligible to register their marriage under the Hindu marriage act in India.

Where to register a marriage in India

For the people who find the online procedure complicated, offline marriage registration is also an alternative. As discuss, one need to visit the office of the sub-registrar of the jurisdiction where the marriage was solemnized. Then one needs to fill the application manually, preceded by both the party’s signature and required documents. After 30 days, if there found no objections, the application on the marriage will be registered.

It is essential to know that if the marriage is registered under the Special Marriage act, 1954, the marriage can be only solemnized by a marriage officer. In such kind of cases, a notice is given to the registrar by the couple which is to be put on the notice board for the next 30 days. As mentioned, if there occurs no objection during this time period, the marriage gets registered.

The documents required to get a marriage registered in India may slightly vary from one state to another. However, most of it remains the same. It is important to know that all the documents should be duly signed by a gazetted officer at the time of submission. The standard documents for all states are: