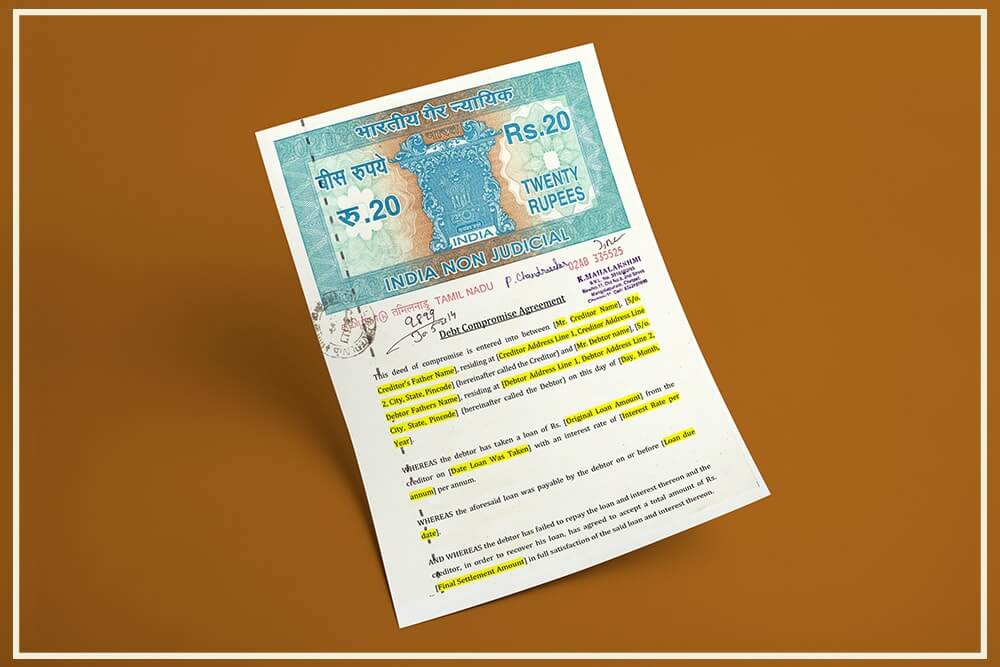 You can also download the Debt Compromise Agreement format in the following formats.

One Time Settlement (OTS) of Loan

One time settlement (OTS) offer for a loan is a scheme offered by banks and financial institutions to borrowers having genuine difficulties in making payments as per loan terms and conditions. While providing an offer to settle under OTS scheme, banks will offer a short time period within which the borrower can pay a reduced amount for the loan, the balance or difference would then be written-off by the bank.

Impact of Debt Compromise or One Time Settlement on CIBIL Score

After completion of a debt compromise or one time settlement offer, the borrower is no longer approached by the Bank for payment. However, whenever the bank or financial institution enters into a debt compromise, the transaction is reported to CIBIL and the loan would show as written-off or settled. Such a marking on the CIBIL report is then viewed by other lenders as a sign of caution or negative behaviour. Also, when a loan is settled, the CIBIL score could be lowered by 75-100 points. Since CIBIL score is calculated based on 7 years of records of the borrower, the borrower could have significant difficulty in raising debt funds again.

Hence, its important for all borrowers to consider the CIBIL impact when entering into a debt compromise or one time settlement agreement with a lender.