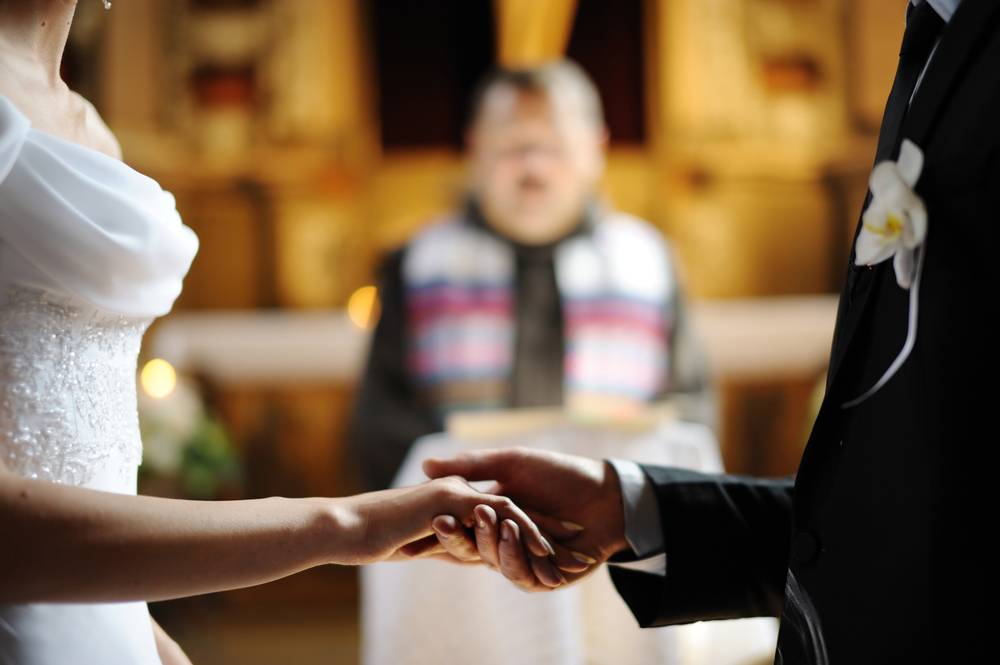 The laws regulating the solemnization of marriages among the Christian community in India is laid down by the Indian Christian Marriage Act of 1872. Initially enacted by the British-Indian administration, Christian marriages in the country are performed by an authorised Minister or Priest in a church. After the marriage ceremony is completed, the minister or priest registers the marriage and issues a certificate of marriage in the name of the couple and thereby, makes it official. To register a marriage officially, it is essential for each party to the union to make an application to the concerned authority that is located in their vicinity regarding the intention of marriage. This article talks about the necessary details of the Indian Christian Marriage Act and its features.

For the marriage to be valid under the Indian Christian Marriage Act of 1872, specific requirements need to be fulfilled. According to the Act, it is a necessity that either one or both the parties involved in the marriage be Christians. Therefore under the Act, a marriage may be termed as void and redundant unless one of the parties taking part in the union is governed by a different law that forbids such a wedding on the grounds of prohibited degrees of relationship.

According to The Indian Christian Marriage Act of 1872, the following are required to be fulfilled to constitute a valid marriage.

The following documents are required for the registration of a marriage under the Indian Christian Marriage Act.

The following individuals are authorised to solemnise a Christian marriage as per the Indian Christian Marriage Act.

Either of the party must submit a written application or a notice of the intended marriage to Marriage Registrar that resides in the same vicinity as the parties. This is done to notify the concerned authority of their intention to get married. If both the parties live in different locations, it is essential that each party makes a separate notice in writing to the Marriage Registrar that is located within their area of residence. The written application or notice of the intended marriage is recorded into the “marriage notebook” and is put up in the notification area of the office for public viewing.

Pledge before the Registrar

Either of the party to the marriage must make a personal appearance before the Marriage Registrar before the certificate of notice has been issued. The party should appear before the Registrar by pledging the following.

If either of the parties is a minor, the consent of one of the persons that are listed below is of great importance to perform the marriage.

Performance of the Marriage

Under the Indian Christian Marriage Act, a Christian Marriage is performed between the parties to the marriage with accordance to the rituals which is considered to be essential and proper by the Minister or the Priest designated to perform the wedding. The presence of two eligible witnesses other than the minister or the priest performing the marriage is a mandatory requirement at the marriage ceremony. A marriage cannot be performed if it is not performed within two months from the issuance of the certificate of notice. In such a case, a new certificate of notice has to be applied for and issued to solemnise the marriage.

An application for registration of the marriage is made by both the party to the concerned authority in whose jurisdiction either of the parties has been residing. The wedding is registered by the Marriage Registrar who was present at the marriage and performed the union of the couple in the Marriage Register. An acknowledgement slip of the registration with the authorised signatory of both the parties along with the witnesses present at the time is recorded. This is then attached to the Marriage Register and thereby indicating that the marriage was registered officially. These slips of acknowledgement are sent out at the end of the month to the Registrar General of Births, Deaths and Marriages. Christian marriages in India may also be endorsed under a special provision without prior notice.

Any person who comes across an error in the form or substance of a marriage entry in the Register of Marriages must bring it to the notice of the person who registered the marriage in the first place. The authorised individual should make the changes within one month of discovering the error. The error must be corrected in the presence of the persons married or, in the case of either of their deaths or absence, in the presence of two other credible witnesses. The correction must be made by the entry in the margin without any alteration to the original entry. The authorised person has to sign the marginal entry and add the date of such a correction made. This marginal correction should be made in the certificate of the marriage as well. Every entry made under this section should be attested by the witnesses in whose presence the correction was made.