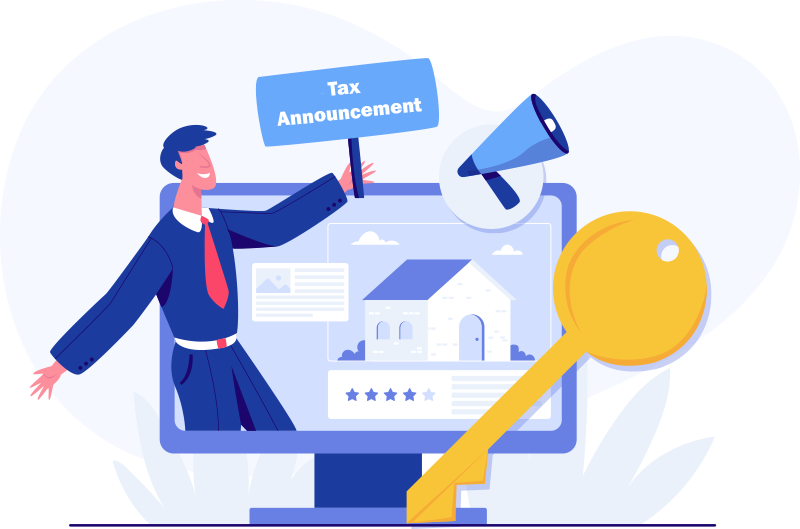 Finance Minister Nirmala Sitharaman made a series of announcements while presenting India’s Budget 2022-2023 on taxation and the steps to be taken to ease the living of the citizens as well as bring parity among the state and central government employees enrolled in the National Pension Scheme. Along with this, the Finance minister announced the taxation policy of digital and virtual assets due to the surge in the ownership of virtual assets in the country in recent years.

We have highlighted the taxation related announcements that were made by the Finance Minister in Budget 2022-2023:

Clarification on Health and Education Cess:

Reduced surcharge on the cooperative societies:

The new financial year will also witness a reduction in surcharge on cooperative societies reduced 12 % while the startups will get one year of the tax incentives until March 31, 2023.

For relief of the taxpayers in cases of inadvertent omissions or errors the finance minister announced that in the new financial year, taxpayers can now file their updated Income tax returns within two years of the relevant assessment year to promote the affirmative action based on trust and voluntary disclosures.

30 percent on the transfer of digital assets:

Due to the rising ownership and value of digital and virtual assets the government has brought digital assets and cryptocurrencies under the ambit of taxation. As per the announcement, the digital assets would be taxed at 30 percent from the new financial year. Further, the tax deducted at source is also applicable beyond the specified monetary threshold.

Nirmala Sitharaman estimated India’s Total expenditure at Rs. 39.45 lakh crore and projected the fiscal deficit at 6.4% of GDP for FY 2023.