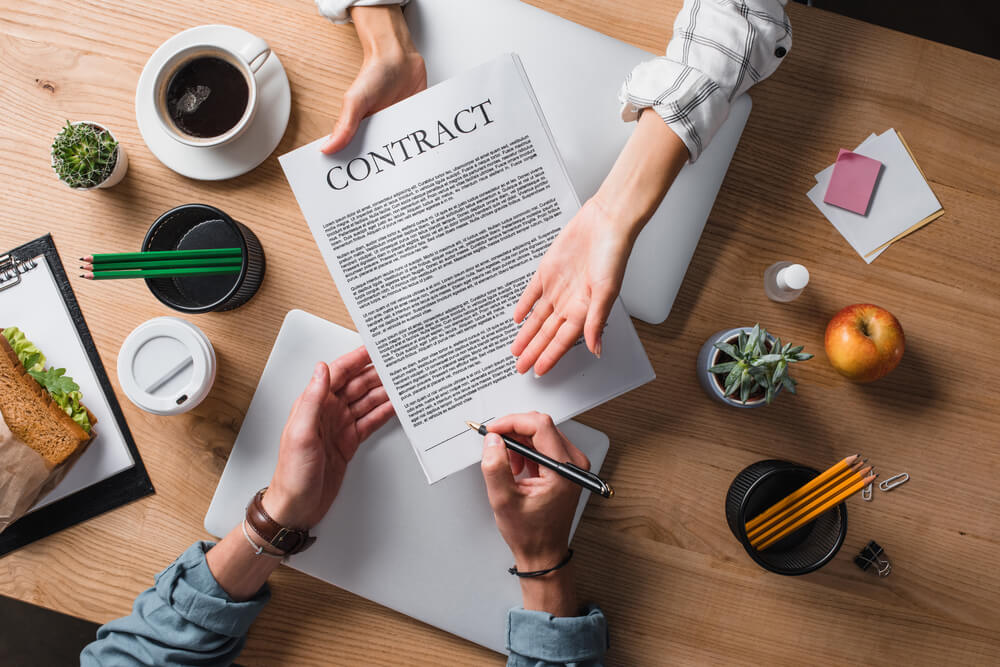 There are certain requirements that are necessary for an agency. The following are the requirements:

Principal Must be Competent to Contract

Any person of sound mind and with the age of majority by law can employ an agent.

Competence of Agent is not Mandatory

Any person can become an agent between the principal and the third person. Generally, an agent does not have any personal liabilities towards the principal while contracting. Therefore the agent doesn’t need to be competent to contract.

No Consideration is Necessary

No remuneration is necessary while appointing an agent. The agent receives payment by the way commission for the rendered services.

The following are the ways to create an agency:

Any competent principal person can appoint an agent as his representative through a contract. The appointment contract can be in oral or also in written form.

The principal person can appoint an agent indirectly, and an implied agency will be created. The formation of the implied agency can be through relationships or certain situations.

By Subsequent Ratification of Unauthorised Act

Duties of an Agent

The agent has to fulfil certain duties in the contract of agency. The following are the duties of an agent:

The agent has to act diligently and skillfully if not he has to compensate to the principal for his negligence and want of skill. The compensation does not include the damage or loss caused by the negligence.

Communicating with the principal and acting according to his directions is one of the most important duties of the agent.

When the principal demands for the accounts, the agent has to render the proper accounts.

If the agent deal on his own without the consent of the principal and gives the material circumstances from such a deal, then the principal can reject the transactions for certain reasons. The following are the reasons:

Not to Make Secret Profit

The principal can claim the benefit arising for the dealings, which he acts without the consent of the principal.

The agent must remit all the sums received on behalf of the principal. However, he has the right to deduct his lawful charges from the sum.

The agent has no right to lawfully employ another person to perform his duties that are implied on him. The lawfully delegated person by the agent is the sub-agent. The agent can employ the sub-agent only for the following circumstances:

The principal is responsible and bound for the acts of the properly appointed sub-agent just like that of the agent. If the sub-agent appoints another person to perform the act, then such a person becomes an agent to the principal. He will be a substituted agent.

The agent has certain rights in the contract of agency. The following are his rights:

The agent has the right to the agreed payment. The payment for the performance will not become due until the completion of the act. He can detain the money of the sold goods if the sale is incomplete. If the agent causes any misconduct in the business, then he will not receive any payment.

The agent has the right to retain the sums received by the principal on account of business agency, all the due money in respect to advances or the expenses to conduct the business. He can also retain the payment for being an agent.

If the agent does not receive his commission and disbursement, then he can retain the papers, goods and other property of principal which were received by him until he gets his due. The Right of lien has two conditions and the following are the conditions:

Indemnity against Consequences of Lawful Acts

The principal must compensate the agent against the consequences of all the lawful acts done by the agent.

Non-liability of Employer of Agent to do Criminal Act

If a principal employs an agent to do a criminal act, then the principal will not compensate for the agent for the damages.

Authority of an Agent

If a person performs an act for another person without their knowledge or authority, then the other person can disown or ratify such acts. After ratification of such an act, the same effect will follow even for the performance of acts by his authority.

If a person performs an act on behalf of another without their authority, then such an act with authority will have the following effect:

Such an act cannot have an effect by ratification.

The termination of an agency can take place through the following ways:

Renunciation by the Agent

The agent can similarly renounce the agency business to that of the principal revoking it. The agent or the principal can express or imply the renunciation or revocation, respectively.

Only after the completion of the business, the contract of agency comes to an end.

If the principal or the agent becomes insane or dies, then the contract of agency terminates automatically.

If the principal becomes bankrupt, then the agency terminates itself.

If the appointment of the agent was for a certain period, then there will be an automatic termination of the agency. The agency will be terminated even if the work is not completed.

What is Works Contract What is Works Contract A contract issued to carry out construction, installation, erection repair, renovation, maintenance, alteration of any movable...
Capacity to Contract Capacity to Contract Capacity to contract means the competency to enter into a valid contract legally. The capacity to contract binds the parties of ...
Contract Farming Contract Farming Contract farming is defined as an agricultural production that is carried out based on an agreement between buyer and farmer, with e...
Types of Contract Types of Contract The Indian Contract Act classifies a contract on the basis of various criterion, the likes of which is covered in this article. A c...
Breach of Contract Breach of Contract A breach of contract occurs when one of the parties of the contract do not abide by the terms of the contract. The breach in a con...

Tags: Contract Act Contract of agency Essentials of a Contract
0