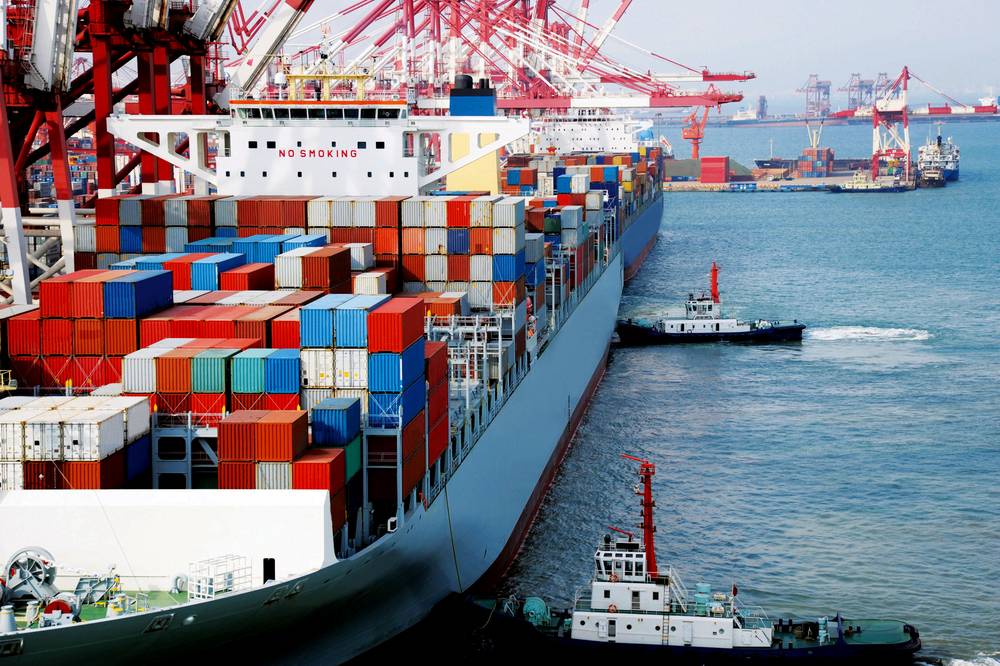 High sea sales is a sale carried out by the actual consignee (i.e. the consignee shown in the Bill of Lading) to another buyer while the goods are on high seas or after their dispatch from the port of loading and before their arrival at the port of discharge. For example, if a buyer in India purchases iron scrap from USA and while the shipment is in transit, the goods are sold to another person, the transaction would be termed as high sea sales. Hence, the high sea sales agreement / contract should be signed after dispatch of goods from the origin and prior to their arrival at destination. On concluding the high sea sales agreement, the bill of lading should be endorsed in favour of the buyer. The title of the goods transfers to the buyer and bill of entry is also filed in the name of buyer. In this article, we look at the applicability of GST on high sea sales.

After the high sea sale of the goods, the Customs declarations i.e. Bill of Entry etc is filed by the person who buys the goods from the original importer during the said sale. In the past, CBEC has issued various instructions regarding high sea sales appropriating the contract price paid by the last high sea sales buyer into the Customs valuation.

As per provision of section 7 (2) of the IGST Act, supply of goods in the course of import into the territory of India, till they cross the Customs frontiers of India will be deemed to be a supply in the course of Interstate trade or commerce. Hence, GST would be applicable on the transaction. However, the time of levy of GST would be different for high sea sales as under.

Time of Levy of GST

For high sea sales, the GST Council has decided that IGST on high sea sale (s) transactions of imported goods, whether one or multiple, will be levied and collected only at the time of importation i.e. when the import declarations are filed before the Customs authorities for the customs clearance purposes for the first time. Further, any value addition accruing in each such high sea sale will form part of the value on which IGST is collected at the time of clearance. Thus the final buyer would be responsible for payment of GST on the full value of goods plus any value addition, at time of import. (Know more about GST on import)

The GST Councils decision with respect to GST on high sea sales is similar to that of the rules provided under the Customs Tariff Act, 1975. Under the Customs Tariff Act, in respect of imported goods, all duties, taxes, cessess etc will be collected at the time of importation i.e. when the import declarations are filed before the customs authorities for the customs clearance purposes.

The last buyer in the chain and importer would be required to furnish the entire chain of documents, such as original invoice, high-seas-sales-contract, details of service charges/commission paid etc, to establish a link between the first contracted price of the goods and the last transaction.

Hence, under GST as well, the final buyer in a high sea sales transaction is responsible for payment of GST and providing the necessary documents as required under Customs for clearance of the goods.

The above clarification was provided by the GST Council vide Circular No. 33 /2017-Cus dated  1st August, 2017. GST Council Circular No.33 / 2017 is reproduced below for reference:

Job Work under GST Job Work under GST Simple concept of job work is that principal manufacturer would send inputs or capital goods, under intimation and without payment...
GST Annual Return NOT Required GST Annual Return NOT Required The GST Council in its 37th meeting announced that GST annual return is not required for small businesses with a turno...
Enabling GST API Access for Invoice Upload Enabling GST API Access for Invoice Upload To upload invoices and file GST returns from LEDGERS GST Software, GST API access must be enabled. In this...
Integration of FASTag with GST Integration of FASTag with GST The National Highways Authority of India announced the implementation of FASTags for toll payments, even on State road...
E-Way Bill Rejection E-Way Bill Rejection After creating the e-way bill, the supplier or the recipient of the goods may choose to reject the bill if necessary. The e-way ...