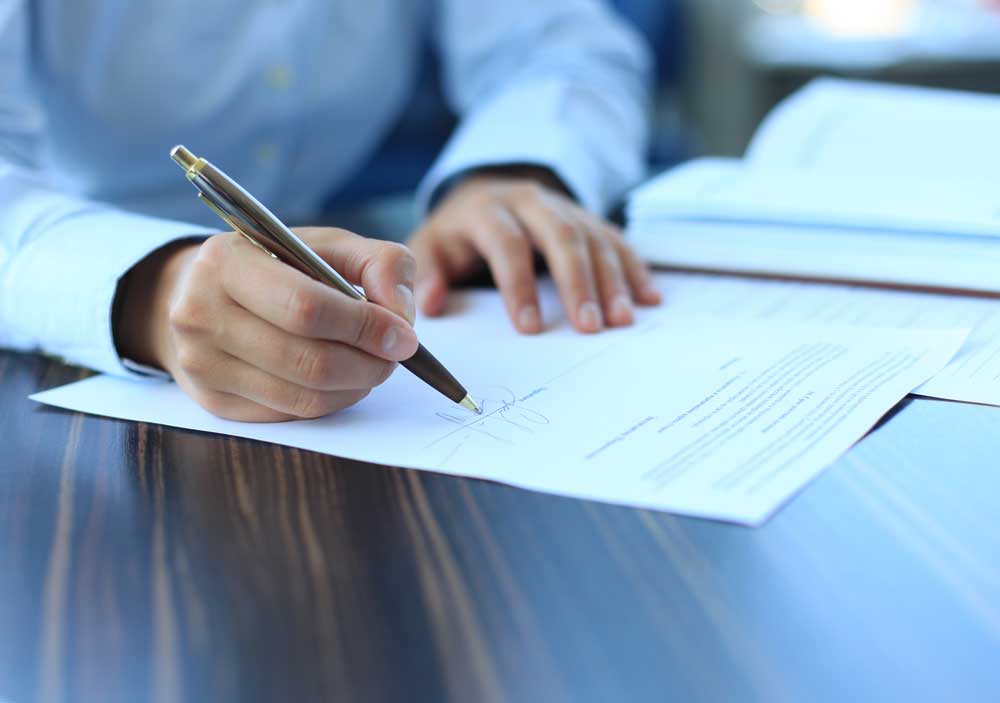 The MOA & AOA subscribers must hand-write his/her name, father’s/husband name, address, age and occupation. The subscriber can be literate or illiterate, resident or non-resident, Indian national or foreign national. In any case, they must be competent to enter into an agreement.

In case of a company or LLP or foreign entity becoming a shareholder, then the Memorandum and Articles of Association can be signed by a Director, Officer or Employee of the legal entity duly authorized by a resolution of the Board of Directors. The person signing the MOA on behalf of a legal entity, cannot also subscribe to the MOA in a personal capacity.

The subscriber next to the column containing name, address, description and occupation, must enter in number and words the total number of shares he/she proposes to subscribe. The total number of shares at the bottom of the MOA subscriber sheet must tally with the shares taken by each of the individual subscribers. By signing their name, the subscribers are entering into an agreement as signatories forming themselves into a company and also undertaking to take numbers of shares indicated against their names.

At least one person must witness the signing of the MOA and AOA by the subscribers who would then attest the signature and likewise sign and add his/her name, address, description and occupation. The witness in the witness column must state that “I witness to subscriber(s), who have subscribed and signed in my presence at (Place) on (Date); further, I have verified his or their identity details for their identification and satisfied myself of his/her/their identification particulars as filled in”. If the witness is a member of a professional body like (CA or CS or CWA), then the membership number and certificate of practice number should also be mentioned.

In case of a Non-Resident Indian signing, the MOA subscriber sheet from outside India, then his/her signature must be verified/witnessed by a public notary of that country or by an Officer of the Embassy. Know more about the procedure for foreign nationals to incorporate a company in India.

In case of a foreign national residing outside India, signing the MOA subscriber sheet: