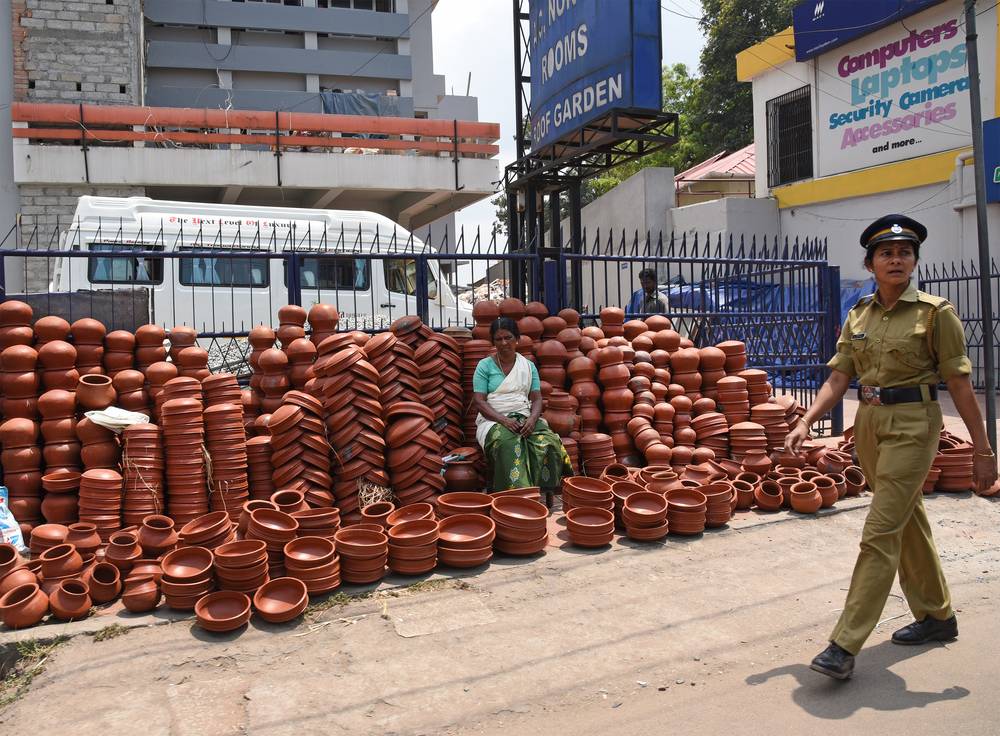 The Mahila Police Volunteers Scheme was launched by the Ministry of Women and Child Development in collaboration with the Home Affairs for the engagement of MPVs in the States and UTs. It is a central sector scheme that intends to serve as a public-policy interface to help women in distress. This scheme envisages the creation of a link between the police authorities and the local communities to facilitate police outreach on gender concerns. Let us look in detail about the Mahila Police Volunteers Scheme in this article.

The following are the objectives of the Mahila Police Volunteers Scheme

The following are the criteria to register for the Mahila Police Volunteers.

The below listed are the documents/records that need to be furnished at the time of applying for the Mahila Police Volunteers (MPVs) Scheme.

The selection process of MPVs at the district level will be conducted by the Senior Superintendent of Police in consultation with the General Director of Police of the State. The below following is the procedure

Step 1: The women applicants will have to address the concerned authority. The notice will be issued in the following offices:

Step 2: The application forms from the eligible candidates would be invited by giving the time of at least 1 month.

Step 3: All the application forms would be received by the Superintendent of Police (SP) of the area. An appropriate mechanism would be carried out at the district level based on the criteria for the selection and rejection of applicants.

Step 4: The short-listing process of the eligible applicants will be done by the Screening Committee.

Step 5: After the verification of all the credentials of the shortlisted applicants, the applicants can be called by the Superintendent of Police heading the committee for the interview and selection process.

Step 6: Then the SP will issue the Appointment Orders to the selected applicants.

Step 7: The selected applicants will have to submit all the original documents as mentioned above and also a “Self-Declaration” stating that she has no criminal proceeding against her and also has no political affiliation.

Note: The existing group’s members who are already working at the grassroots for the combating violence against women in different would be encouraged to apply for the MPV.

The initial term period of an MPV will be for the maximum of two years and will be reviewed every 6 months. The termination of an MPV can also be done at any time based on the performance review of her. The reasons for the termination will be duly communicated in the writing to the MPV. The termination orders can only be given by the given Superintendent of Police. The re-selection of an MPV will be conducted from the pool of wait-listed applicants drawn at the time of the selection process by the Committee.

However, the MPVs can also apply for the resignation voluntarily for which at least 1-month notice must be given. There must no prosecution or legal proceedings will be initiated against the MPVs for any bonafide activity undertaken.

There will be the provision of Monthly Allowance, Training, Reward and Recognition of MPVs and other ancillary expenses.

A lump-sum value of up to Rs.1000/- per month will be credited to the MPV to cover her pocket expenses that are related to mobile phone and local transportation.

For the Reward and Recognition of the MPVs a cash reward of Rs.10000, Rs.5000 and Rs.3000 respectively will be granted to the 3 outstanding performers those who are chosen from all the MPVs in the district in the order of merit.

For implementing the initiative of Mahila Police Volunteer, the fund will be released out of Nirbhaya Fund to the States at cost-sharing ratio except in case of North Eastern States, Uttarakhand, Himachal Pradesh and Jammu and Kashmir where the share of Centre and State/UTs. In the case of Union Territories (UTs), there will be 100% Central Assistance will be granted.

The MWCD will transfer the funds to the consolidated funds of the State Government after obtaining a due appraisal from the empowered committee constituted for considering the proposal under the Nirbhaya Fund and approval. The State Government will operate a separate bank account for the Mahila Police Volunteers initiative. The State Department will transfer the funds to the concerned Superintendent of Police who will operate a separate bank record in the name of the initiatives.

The below listed are the following functions/activities of MPVs to be performed under the scheme.