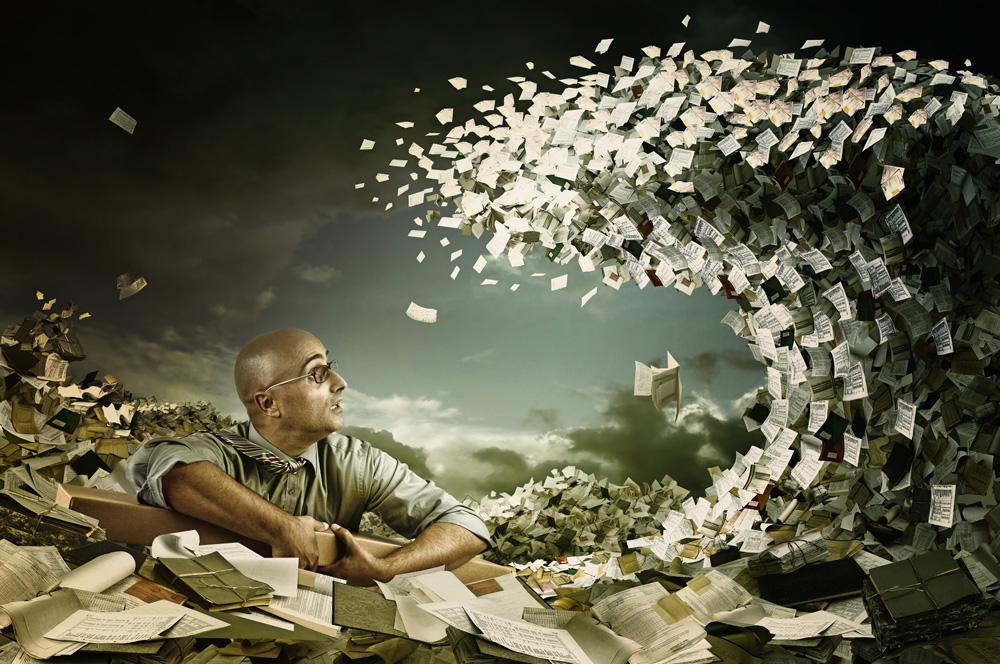 An Income Tax penalty is a punitive measure which applies to assessees who make default in compliance with the Income Tax Act. The Act has introduced various penalties for contraventions committed by taxpayers. The penalty prescribed as per the Income Tax Act can either be mandatory or leviable at the discretion of a tax authority. In this article, the various income tax penalties are discussed.

Penalty for Default in Self-Assessment Tax

Taxpayers having a Tax Deduction and Collection Account Number [TAN] are required to file a TDS return once in every three months. If a taxpayer makes default in filing TDS return on or before the due date, then a fine of two hundred rupees applies until the default is rectified. The fine should be calculated based on each day for which the assessee continues the default. The amount of penalty which applies to late filing of TDS return should not exceed the amount of TDS due.

Penalty for Failure to Comply with Notice

According to the Income Tax Act, an Income Tax Assessing Officer is allowed to issue a notice demanding the taxpayer to file an income tax return. The officer can demand the assessee to produce documents pertaining to an income tax assessment. If a taxpayer may fail to comply with a notice from an Income Tax Officer. In such cases, the taxpayer shall be liable for a penalty of Rs.10,000 for each instance of failure to comply. The officer may also require the taxpayer to furnish in writing any information. The taxpayer should get the accounts audited or re-audited by a Chartered Accountant.

The taxpayer may endeavour to reduce his tax liability by concealing income or by furnishing inaccurate particulars of income. In such cases, a penalty can be levied by the Assessing Officer. Penalty for such contravention shall be 100% to 300% of the tax evaded.

Penalty for Not Maintaining Book of Accounts

A taxpayer should maintain information and documents pertaining to an international transaction or the specified domestic transaction for a period of 8 years. In case a taxpayer does not maintain the required information or documents, then a penalty equal to 2% of the value of each transaction entered into by the taxpayer is applicable.

Penalty for Not Getting Accounts Audited

A taxpayer may fail to get the accounts audited or to furnish an audit report. Consequently, a penalty is leviable. The penalty which applies to such cases is 1.5% of total sales or Rs.1,50,000, whichever is less.

Penalty for Not Furnishing Report from a CA

Taxpayers entering into a specified domestic transaction are required to obtain a report from a CA in the prescribed form. The report should be submitted to the income tax department. If a taxpayer fails to comply, then a penalty of one lakh rupees shall be payable.

Penalty for Failure to Deduct TDS

A person required to deduct TDS may fail to deduct tax. In such cases, the taxpayer can be held liable to pay the penalty. The penalty for failure to deduct tax at source shall be the same as the TDS amount.

Penalty for Failure to Pay Tax on Casual Income

A person may have the responsibility to make payment to a person who earns casual income. Casual income includes winning a lottery or crossword puzzle or card game or any other game. The amount of the prize may be in excess of Rs.10,000. In such cases, the manager of the establishment is responsible for deducting income tax while paying the prize. If the assessee defaults in payment of tax, then the penalty leviable will be equal to the tax-amount in relation to which a default has been committed.

Penalty for Not Collection Tax at Source

The income tax act mentions that the tax must be collected at source by the person receiving payment for the specified items. The person may fail to collect tax at source. In such cases a penalty equal to tax not collected is applicable.

Income Tax Penalty for Accepting Loans and Deposits in Cash

A person may wish to avail a loan from another individual or from a public financial institution. The loan or deposit may exceed an amount of Rs.20000. In such cases, acceptance of the amount by any mode other than an account payee cheque or account payee demand draft will attract a penalty. Contravention of this rule can attract a penalty equal to the loan or deposit.

Penalty for Delay in Filing the Income Tax Return

The assessee may fail to furnish the Income Tax return on or before the relevant due date. In such cases, the Assessing Officer can levy a penalty. The penalty can extend up to Rs.5000. A taxpayer may fail to file the statement of financial transaction or Annual Information Return (AIR). In such cases, a penalty of Rs.100 per day of default is applicable. The penalty should be continued until the default is rectified. The income tax authorities can issue a show-cause notice to the taxpayer. The notice shall direct the taxpayer to furnish the return within 30 days. The 30 days will be calculated with reference to the day on which the notice was served.

A person may fail to file the statement of tax deducted or collected at source consecutively for more than one year. In such cases, the minimum penalty could be Rs. 10,000 which can go up to one lakh rupees. The penalty will be in addition to the daily penalty of Rs.100 for late filing of TDS return.

Penalty for Failure to Cooperate with Authorities

Income tax authorities may solicit information from a person. The authorities may request answers to question raised or may demand a person to sign statements. The IT department may issue a summons for attendance. Failure to comply with these directions can attract a penalty of up to Rs.10,000 for each instance of non-compliance.

Penalty for Failure to Comply with PAN Requirements

The Income Tax Act provides a penalty in case of default in complying with the provisions relating to PAN or knowingly quoting incorrect PAN. PAN is required to be quoted by the taxpayer in certain prescribed financial transactions, and a contravention which has the effect of defying the provision could attract a penalty of up to Rs.10,000.