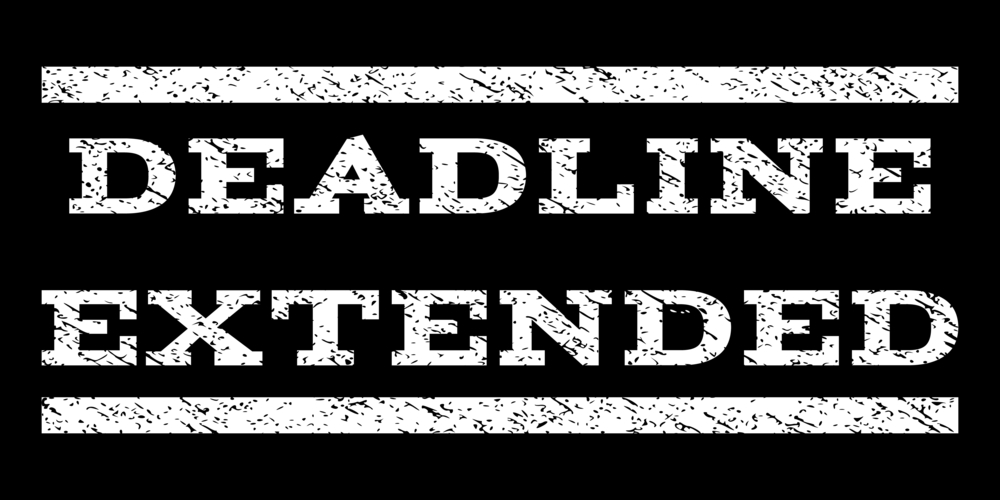 The Income Tax Department has extended the due date for filing income tax return for tax audit cases upto 31st October 2018. The announcement was made through Twitter as follows:

CBDT further extends due dt for filing of IT Returns & audit reports from 15th Oct,2018 to 31st Oct, 2018 for all assessees liable to file ITRs for AY 2018-19 by 30.09.2018,after considering representations from stakeholders. Liability to pay interest u/s234A of ITAct will remain

The above extension will help taxpayers file tax return and ease the compliance process for professionals and the industry.

Earlier Extension of Due Date to 15th October

The Government has today extended the Income Tax Return Filing Due Date on 30th September 2018 to 15th October 2018. The announcement was recently announced on Twitter as follows:

CBDT extends due dt for filing of Income Tax Returns & audit reports from 30th Sept,2018 to15th Oct, 2018 for all assessees liable to file ITRs for AY 2018-19 by 30.09.2018,after considering representations from stakeholders. Liability to pay interest u/s234A of ITAct will remain

Earlier Extension of Due Date to 31st August

The income tax filing due date for AY2018-19 has been extended to August 30th 2018 by the Income Tax Department.

Upon consideration of the matter, the Central Board of Direct Taxes (CBDT) extends the ‘Due Date’ for filing of Income Tax Returns from 31st July, 2018 to 31st August, 2018 in respect of the said categories of taxpayers.

The following is the press release from the Government about the extension:

In a mail dated 23rd July 2018 the Institute of Chartered Accountants of India (ICAI) has requested the Central Board of Direct Taxes (CBDT) to extend the due date of filing returns of taxes to at least a month from the stipulated date of 31st July 2018. The nation’s supreme accounting body cited that the assessees are facing legal, technical and practical difficulties in filing the returns, which is constraining them from completing their obligations on time. In this article, we have covered the reasons stated by ICAI for the non-filing of returns by assessees.

The ICAI had requested for an extension on the income tax filing due date citing various reasons earlier. We have hereby reproduced a copy of the official mail for your reference:

Re: Request to extend the due date of filing Income-tax returns for the AY 2018-19

As you are kindly aware that ICAI, being a partner in nation-building, plays a pivotal role in strengthening the relationship between the taxpayers and the Department, by bringing to the notice of the Department, genuine hardships being faced by its members and the assessees under the Income-tax law and to ensure timely redressal of the same. Continuing in this direction, we bring before your kind notice the issues and difficulties faced by taxpayers in filing their return of income for Assessment Year 018-19 within the time prescribed u/s 139 of the Income-tax Act, 1961. As you are kindly aware that the due date for assessees mentioned under clause (c) of Explanation 2 to section 139(1) is 31 July 2018 for AY 2018-19 which is fast approaching. We wish to inform that ICAI is increasingly getting information from our members about various legal, technical and practical difficulties being faced by taxpayers w.r.t.’ coping up with the new forms of returns of income for AY 2018-19, which is ultimately leading to delays in filing the returns of income by the prescribed time limits.

The rest of the article is an elaboration of the reasons stated by ICAI.

Delay in Release of ITR Form Utilities and Updation of Schemas

Moreover, the schemas for ITR forms 2, 3 and 7 were updated on 7th July 2018, and that for ITR-5 was updated on the 13th of the same month. These updates portray that the changes need to be made in the bulk filing ITR software by the vendors supplying such software. These software programs are in-turn used by the assessees for filing ITR returns, which effectively delays the filing process given that software vendors require at-least a week to update its software as per changed schema of ITR forms.

Delay in Updation of TDS Credit

Further, the due date for filing TDS statements for the last quarter of the financial year is the 31st of May and that of filing returns for the first quarter is the 31st of July, 2018. Also, rule 31 of the Income-tax Rules, 1962 mandate that the certificate of TDS in Form 16 and Form 16A must be issued by the deductor to the deductee by 15th June of the financial year of remittance of income and within 15 days from the due date for furnishing the statement of tax deducted at source, respectively. Few deductors are in a situation where they are unable to submit the returns owing to genuine reasons. As a result of this, TDS credit is not reflected in Form 26AS of the taxpayer.

Taxpayers usually receive their TDS certificates on or after the 15th of June and TDS credit is reflected in Form 26AS around the same time. ICAI has witnessed that the majority of the deductees do not receive Form 16 and Form 16A within this time owing to delays on the part of the deductor, which forces the taxpayer to delay the filing of ITR form. ICAI has also intimated that even Reserve Bank of India issues Form 16 to its retired employees for pension by the third week of June every year.

In addition to this, the TDC CPC portal is not speedy enough to download Form 26AS, which leads to delays in a scenario where the taxpayers have only one month to file their ITR forms.

The accounting body thereby stated that the taxpayers may not be able to file returns due to lesser credits which in-turn results in tax demand or lower refund, which can be attributed to the non-credit of TDS in Form 26AS; and the assessee will not be in a position to claim the credits of the amounts not depicted in Form 26AS as he/she is not aware of the PAN of the deductor, which is compulsory for generating a valid XML.

Pending Issues to be Resolved

ICAI had reported certain issues to the CBDT regarding the problems encountered by the taxpayers for filing ITR forms for the annual year of 2018-19, which are yet to be solved. A few of such issues pertain to the filing of GST data in ITR forms and acceptance or uploading of ITR forms that contain the bank account details of certain co-operative banks.

Section 234F was inserted vide the finance act, 2017 to impose mandatory fees amounting to Rs 1000, Rs 5000, Rs.10000 depending on the time of filing and quantum of income reported for income tax returns filed after the due date prescribed under section 139. Hardships faced by the assessee are given below.

As you all may be kindly aware that monsoon rain is disrupting normal life in India. Heavy floods are reported in the States of Kerala, Maharashtra, Gujarat, Uttrakhand, Jammu & Kashmir. This heavy monsoon rain throughout our country has damaged telecommunication lines and infrastructure telecommunication lines. In many places, internet connectivity issues occurred; however, it cannot be denied that the internet is a prerequisite to electronically file the income tax returns. In view of this issue, assessees have voiced their anxiety and hardships in filling ITRs in a timely manner.

Credits of Input Tax Credit balance of earlier laws that is erstwhile Excise, VAT & Service Tax laws may not be availed in GST law due to system failure at the time of claiming the credits. This will have a significant impact on the financial statements based on the judgements passed by many High Courts of the Country to increase the deadlines of filing the claims in Form TRANS-1. If the credits are not granted, it will surely affect the income or expenses of the assessee. GST reconciliation with books of accounts and Form 26AS would take sufficient time and efforts since this is being the first year of implementation of GST law in the country.

The government announced the due date for filing Quarterly GSTR-1 is July 31st. GSTR-1 monthly filling usually done during the date of 5th to 10th of every month and during 15th to 20th of every month GSTR3-B filing is taking place. The assessees and professionals get busy normally during these GST return filing days. Hence, GSTR filings on these days result in delaying working for Directs Taxes.

Goods and Service Tax Department is in process of coming up with modifications of returns which have been filed for rectifications. The dates have not been declared by the department. This modification process will have an impact on the profit and loss account filed and thereby affecting the income being reported in the income tax return forms.

In view of the above and in the interest of the nation as a whole, we suggest and request that the due date of filing return of income for assessees mentioned under clause (c) of Explanation 2 to section 139(1) be extended by at least a month from the prescribed date of 31st July 2018 for AY 2018-19.

We are hopeful of a positive consideration of our suggestion.

EVC Generation Using Demat Account EVC Generation Using Demat Account Every taxpayer whose taxable income is above the basic exemption limit mentioned by the Income Tax Act should mand...
EVC Verification – Income Tax Filing EVC Verification - Income Tax Filing As per the Income Tax regulations, it is mandatory for taxpayers to file their income tax returns for the transa...
Return of Income Income Tax Return All persons including individual, HUF, firm, LLP, company or trust have to file an income tax return if the total income during the...
Annual Value of Property Annual Value of Property The annual value of a property is the sum for which a property is reasonably expected to be let from year to year. Hence, th...
The Income-tax (Ninth Amendment) Rules, 2022 The Income-tax (Ninth Amendment) Rules, 2022 The Central Board of Direct Taxes vides a Notification dated 21st April 2022 has issued the Income-tax (...