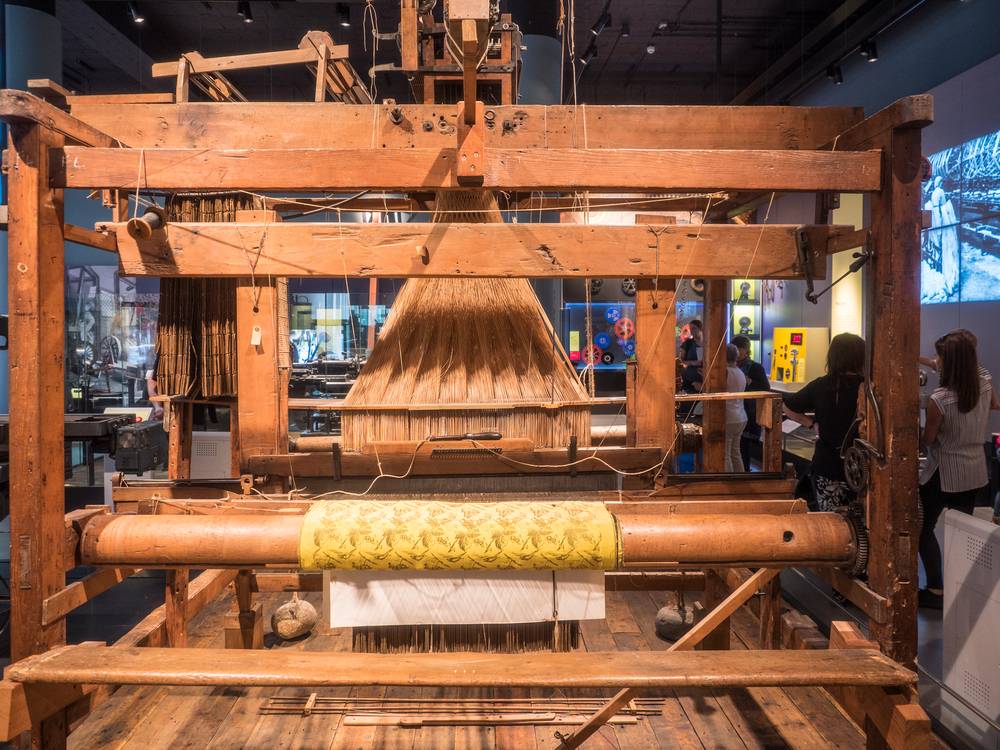 The economically weaker power loom units in India are largely characterised by the technological obsolescence, being unable to invest in brand new modern looms and have been seeking the In-Situ modernisation plan for upgrading their existing plain power looms. By considering this, the Ministry of Textiles, Government of India has introduced the In-Situ Upgradation Scheme for Plain Powerlooms for SSI power loom sector. As part of this scheme, the Government is providing financial assistance to economically weaker power looms units for up-gradation of their existing units. In this article, we will look at In-Situ Upgradation Scheme for Plain Powerlooms in detail.

The primary objective of the In-Situ Upgradation Scheme is to provide financial assistance to economically weaker  power-loom units:

The eligibility criteria to obtain the financial assistance under the In-Situ Upgradation Scheme for Plain Powerlooms is listed as follows:

Nature of Attachments/Kits allowed for Upgradation

The existing plain loom will be upgraded with the following attachments as additional features:

Quantum and Scheme of Subsidy

The subsidy under the In-Situ Upgradation Scheme for Plain Powerlooms is provided for following up-gradation.

The maximum ceiling of subsidy per power loom is worked out for attachment or specified kits including the pirn winding machines and rapier kits. The detailed bifurcation of the subsidy given in the table below:

The documents required for In-Situ Upgradation Scheme for Plain Powerlooms are explained in detail below:

The application for In-Situ Upgradation Scheme for Plain Powerlooms is explained in detail below:

Step 2: The applicant/unit will have to submit an application for in-principal approval in the prescribed format. Provide the details of the attachments/kits to be installed.

Step 3: In-principle, approval will be granted by prescribed Regional Office of the Textile Commissioner within twenty-one days of the receipt of the in-situ up-gradation application and will be intimated to the unit.

Step 4: In-principle, approval will be valid for six months within which weavers are required to install kits or attachments and submit the claims to RO of Textile Commissioner.

Extension of Validity of in-principle approval

Step 5: In-principle approval granted by the prescribed Regional Office of the Textile Commissioner can be extended for three months if the units fail to install the kits specified within the six months due to non-availability of kits or other reasons beyond the control of the applicant.

Step 6: The applicant needs to apply for an extension of the validity of in-principle approval to the Regional Office of Textile Commissioner within twenty-one day’s expiry of the validity.

Step 7: The applicant will acquire the kits and install the same on the existing power looms.

Claim for Release of Financial Assistance

Step 8: After that, the applicant has to submit the claim for release of financial assistance or subsidy to the respective Powerloom Service Centre or Regional Office of the Textile Commissioner supported with details in a prescribed format after the kits are installed and up-gradation of looms are completed.

Step 9: The concerned Regional offices of the Textile Commissioner will depute Joint Inspection Team (JIT) for physical verification of the installation and commissioning of the attachment/kits.

Step 10: The JIT will carry out the physical inspection to confirm satisfactory installation of the attachments and submit a JIT report duly filled and signed along with all the related documents to the prescribed Regional Office of the Textile Commissioner.

Releasing of the subsidy

The subsidy will be issued on the basic value of kits/attachments excluding tax components.