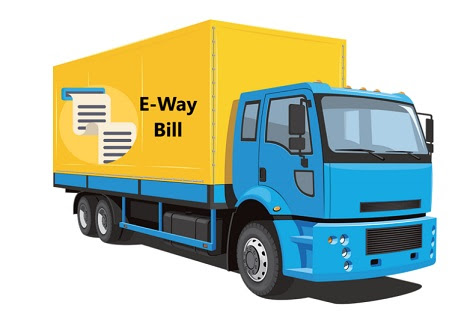 GST e-Way Bill ? Know all about rules and process

GST e–Way Bill? Know all about rules and process

GST E-way bill is a permit needed for the inter-state and intra-state transportation of goods worth more than Rs.50,000. It is electronically generated through GSTN and contains the details of the goods, the consignor, the recipient, and the transporter. The e-way bill has been made mandatory for inter-state supplies from April 1, 2018, and for intra-state supplies from April 25, 2018, in certain states like Arunachal Pradesh, Madhya Pradesh, Meghalaya, Sikkim, and Puducherry.

Contents of the GST e-way bill

The e-way bill consists of two parts, Part A and Part B. Part A collects the details that are relevant to consignment, generally, it is the invoice details. Accordingly, the following information has to be submitted.

When is it generated?

When is it generated?

All registered persons who will be the consignor, consignee, recipient, or the transporter need to generate an E-way bill if the transport is carried through owned or hired means of transport.

And if both the consignor and the consignee fail to generate the e-way bill.

It is necessary to generate the E-way bill irrespective of the value of the consignment in two cases:

If the goods that are supplied by the principal to a job working in an inter-state transaction.

During the inter-state transfer of the handicraft goods by the supplier who is exempted from the GST Registration.

How to generate the bill?

An e-way bill is generated for the movement of goods that can be generated on the portal. Any supplier or transport transporting goods with a value of more than Rs.50,000 in a single-vehicle should carry the GST e-way bill as per the GST council regulations.

The supplier or the transporter can create the E-way bill through the following ways:

E-Way Bill – Consolidation, Rejection and Ca... E-Way Bill - Consolidation, Rejection & Cancellation An E-Way bill can be cancelled if it has been created in error or if the order has been canc...
How to Generate GST E-Way Bill How to Generate GST E-Way Bill GST Way bill or E-Way bill must be generated for any transport of goods within India wherein the value of the consignm...
Appeal Against GST Registration Order Appeal Against GST Registration Order The Goods and Services Department of India requires businesses with a turnover of more than INR 20 Lakhs to reg...
Transport ID – GST E-Way Bill Transport ID - GST E-Way Bill E-Way Bill acts as a unique document or bill generated electronically by the supplier or transporter for a specific con...
SMS E-Way Bill Generation SMS E-Way Bill Generation The GST e-way bill is an electronic paperwork for tracking all interstate movement of goods. All suppliers and transporting...