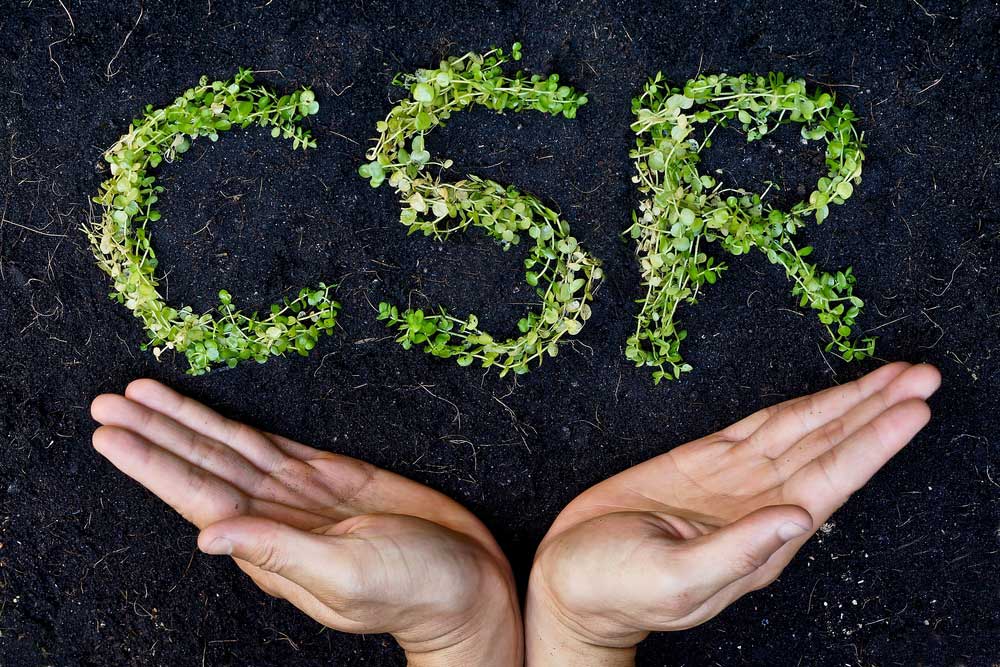 The European Commission defines CSR as “the responsibility of enterprises for their impacts on society”. To completely meet their social responsibility, enterprises “should have in place a process to integrate social, environmental, ethical human rights and consumer concerns into their business operations and core strategy in close collaboration with their stakeholders.

CSR in India has historically been seen as an act of charity/philanthropic activity. Hence, there is limited material on the specific activities related to CSR. Although CSR still remains within the philanthropic space, it has recently moved to community development and institutional building (educational, research and cultural) through different projects. due to global influences and active communities, CSR has largely remained confined to community development. However, it is getting more strategic in nature (getting linked to business) rather than philanthropic. Due to its strategic nature, many companies report these activities to a great extent on their websites, publish them in annual reports and sustainability reports. Some companies even publish reports on their CSR activities.

Benefits of a strong CSR program

Goodwill generation, creation of a positive image and branding benefits the companies that operate effective CSR programs in significant ways. This also allows companies to position themselves as responsible corporate entities.

Certain companies have managed to attract, retain and motivate their employees with their CSR commitments. These interventions that encourage employees to participate are shown to increase employee morale and a sense of belonging to the company.

The concept of Corporate Social Responsibility is governed by clause 135 of the Companies Act, 2013 in India. This was passed by the houses of the Parliament and had received the assent of the President on 29 August 2013. The provisions mentioned in the Act is applicable to companies with an annual turnover of more than Rs. 1000 Crores /or a net worth of 500 Crore or more/or a net profit of Rs. 5 Crore or more. This clause also requires a CSR committee to be set up by the board of directors. This committee is to include at least one independent director. This committee would be responsible for preparing detailed activity plan including decisions regarding expenditure, the type of activities to be undertaken, responsibilities of the individuals involved and periodic reporting and monitoring mechanism. It is the responsibility of the committee to ensure that all the income gains from these activities are credited back to the CSR corpus and not to the company fund.

The Act recommends that companies spend at least 2 per cent of their average net profit accrued over the last 3 years on CSR activities. The ministry’s draft rules define net profit as the profit before tax as per the books but this excludes the profits arising from branches set up outside India. The Act lists a series of activities eligible under CSR. Companies may implement the activities after seeking the approval of the board. These activities that could be undertaken by the companies have been specified under schedule 7 of the Act. According to the Act, only CSR activities undertaken in India will be taken into consideration and activities conducted solely for the employees or their families would not be considered a CSR activity. A company can implement its CSR activities through the following methods:

The other reporting requirement mandated by the government of India for activities including CSR is by the SEBI which issued a circular in August 2012 requiring the top 100 listed companies to report their ESG initiatives. They are to be reported in the form of a BRR and as part of the annual report.

The CSR Committee constituted in pursuance of Section 135 of the Companies Act, 2013 shall be required to carry out the following activities:

CSR is the procedure that applies to assess an organization’s impact on society and evaluating their responsibilities. It starts with an assessment of the following aspects of each business:

The most effective CSR plans would ensure that while the organizations comply with the legislation, their investments that also respect the growth and development of the marginalized communities and the environment. CSR must also be sustainable – involving activities that an organization can uphold without negatively affecting their business goals.

The Company Board of Directors would ensure that in each financial year the Company spends at least 2% of the average Net Profit obtained during the three immediately preceding financial years. The net profit as per the company’s financial statement that is prepared in accordance with the applicable provisions of the Act, but would not include the following:

The Company will spend not less than 2% of the average Net Profits that are made during the three immediately preceding financial years. The surplus standing out of the CSR activity will not be part of the business profits of the Company. The Corpus will thus include the 2% of average net profits, as aforesaid, any income arising therefrom and surplus arising out of CSR activities.

The Company would build the CSR capacities of its personnel and those of its implementing agencies through the Institutions with the established track records of at least three financial years but such expenditure would not exceed 5 per cent of total CSR expenditure of the Company in one financial year.

However, if the Company ceases to be included under Section 135 of the Act for three financial years, then it would not be required to, comply with the provisions laid down under sub-section (2) to (5) of section 135, till such time it meets the criteria stipulated in sub-section (1) of the Act.

As per the provisions, the company will set aside for the annual CSR activities, an amount that is equal to 2% of the average net profits of the Company that has made during the three immediately preceding financial years. Any CSR allocation fund of a particular year which is not utilised will be carried to the next financial year. In general, the CSR budget will be non-lapsable where the tax treatment of CSR used will be in line with the Income Tax Act, 1961 that would be notified by the central board of Direct taxes.