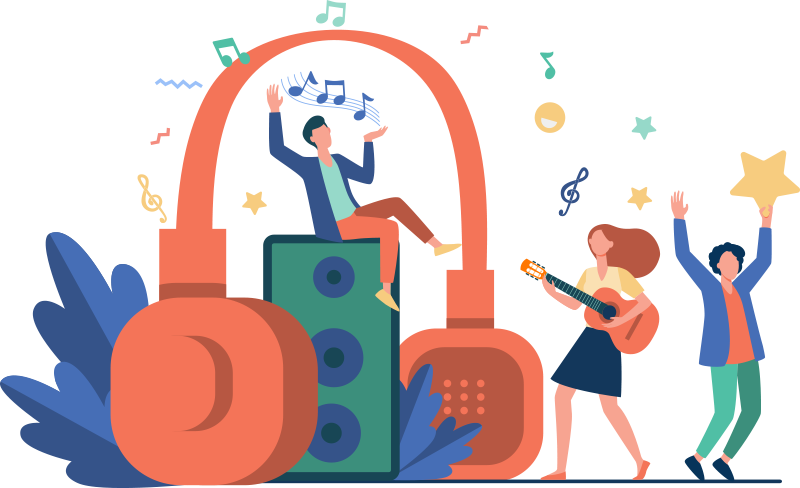 Things to be considered for trademark work of entertainment and media

Post by: Mansi Sawant in Aadhaar
Home » Learn » Aadhaar » Things to be considered for trademark work of entertainment and media

Things to be considered for trademark work of entertainment and media

A trademark is a term, phrase, symbol, or design that identifies and differentiates the origin of one party’s goods from those of another. It helps to protect a brand by ensuring that no one else can leech off of the goodwill that gives the brand its value. “A mark is capable of being represented graphically and competent of distinguishing the goods or services of one person from those of others,” says Section 2(zb) of the Trade Marks Act, 1999. “A mark can be graphically portrayed and distinguishes one person’s goods or services from those of others, and it can include the shape of commodities, their packaging, and colour combinations.”

This article addresses the importance of trademarks in the media and entertainment industries. The title can make or destroy a film or a song in an industry where the name is everything. Despite this, trademarks are rarely given the attention they deserve. As the media sector develops, the methods for generating revenue have become increasingly complex. As a result, trademarks are now more important than ever. An artist’s or band’s reputation or goodwill is linked to their name, and it is something that develops with time, making it priceless. A trademark aids in the protection of one’s reputation from those who would seek to tarnish or exploit it. As a result, having a registered trademark is now a necessity for developing a strong and identifiable brand.

Trademark law in the music and film industry

In the music and film industries, the value of a distinctive trademark cannot be overstated. The name of an artist or band is one of, if not the most, essential aspects of a musician’s career since it gives the song’s author a distinct identity. From the perspective of the public, the artist is ultimately defined by this identity. The worth of an artist or band is determined by the linkage of a song with a certain song title or band name. Similarly, under the Trademark Act, film titles can be given trademark protection. The title of any film is instantly recognisable. It aids in the conceptualization of the film’s central idea. Film titles can be registered with different societies or associations in India, including the Indian Motion Pictures Producers Association and the Association of Motion Pictures and TV Program Producers, among others.

While this method of registration has no legal standing, courts may take it into account when determining who was the first user or adopter of a title. Under class 41 of the fourth schedule of the Trademark Rule, 2001, which includes registration for services defined as “entertainment,” film titles are protected.

What Does Trademark Registration Mean in the Entertainment Industry?

In India, a song’s owner can only claim copyright on a song title if it is a “substantial” aspect of the work. Because the title creates a link to the original work, it may be registered as a trademark under the Trademark Act. Song titles are uncommonly registered in India. The popular 2011 Tamil and English song “Why This Kolaveri Di” by Dhanush was the first song title to be registered under the Trademark Act in India.

The plea, however, was denied, and Sony Music Entertainment Pvt Ltd was not given protection. Trademark registration under Classes 9 and 41 will assist the trademark owner in protecting the title and exploiting it for the production of CDs, cassettes, and other media. There are many questions about which the law is silent due to a lack of clarity and precedence when it comes to the registration of song titles as trademarks. One such question is who should be the owner of the song title, the owner of the song’s copyright, or the first person to file for the title’s registration.

Another issue with song title registration is trademark lapse, which occurs when a trademark is left unregistered for five years. Under the Trade Marks Act of 1999, any trademark registered only with the aim of preventing others from using it may be deemed unfair. Also, if the song title in question is general in character, it may not be protected. While the practise of registering song titles under the Trademark Act is becoming increasingly popular, the law in this area is still in its infancy.

The significance of trademark registration in the entertainment industry

A trademark is a symbol that identifies a product or service’s commercial origin. Trademarks have proven profitable in the music and film industries.

The two primary industries of the entertainment industry – music and film – are two of the world’s fastest-growing global marketplaces, with enormous revenues. When a legal issue arises, commercial rights and interest in a song or movie title must be protected.

Many trademark issues, such as deceptively similar song/film names, illegal use of film titles falling under the scope of trademark infringement, and passing off remedies, are exacerbated by the paradigm shift around intellectual property concerns. This research looks at how Indian and US trademark law might apply to the music and film industries, with a focus on contemporary legal issues.

A trademark, often known as a service mark, is a symbol that distinguishes the goods and services of one company from those of another. In the music industry, a band’s name constitutes its brand, and as such, it can be secured as a service mark. Bands with trademarks include the Grateful Dead, Aerosmith, and REM, to name a few. Bands can also register trademarks for their albums, t-shirts, and other products. A trademark grants a band the exclusive right to use its name and entertainment services, as well as increased image control. Through licencing and merchandising agreements, obtaining a trademark can help you secure additional revenue streams.

A trademark grants a band the exclusive right to use its name and entertainment services, as well as increased image control. Through licencing and merchandising agreements, obtaining a trademark can help you secure additional revenue streams. Song titles are not usually trademarked, but they may be if they are associated with commerce or are part of a series of works.In the Federal Circuit Court of Appeals, The Slants, an Asian-American rock band with a unique name, have won a huge victory.

What is the Purpose of Trade Dress Protection in India?

Trade dress is a visual feature of a product, such as its packaging, shape, or colour combination, that can be registered and protected from use by competitors in connection with their business and services. The goal of trade dress protection is to shield consumers from purposefully identical-looking products that are designed to trick them into thinking they are purchasing an entirely different product than they are. The Lanham Act’s section 43 (a) gave birth to the concept of trade dress. In Wal-Mart Stores vs. Samara Bros., trade dress was defined as “a category that previously encompassed simply the packaging, or “dressing,” of a product, but has been broadened in recent years by many courts of appeals to encompass the design of a product by many courts of appeals.”

While the Trade Marks Act of 1999 does not define trade dress expressly, Section 2 of the Act establishes a legal framework to protect trade dress by expanding the scope of trademarks to encompass the shape of items, packaging, and colour combinations. Trade dress protection in India can be enforced in the same way that an unregistered trademark can be, by getting relief through a passing off action against the use of similar trade dress. In such a case, the plaintiff must show that their product is distinct and that the third party is attempting to profit from the plaintiff’s goodwill by leveraging similarities in packaging, look, or feel between the two products.

Defending fictional characters and the title of a film

If the names of fictional characters are also the names of movies or television shows, they can be registered as trademarks. Trademarks for Sherlock Holmes, James Bond, Harry Potter, and other well-known characters have all been registered. As a result, character marketing requires the approval of the trademark owner.

The Film & Television Producers’ Guild of India (FTPGI), the Indian Motion Pictures Producers’ Association (IMPPA), and the Western India Film Producers’ Association (WIFPA) are all common sites in India where film titles are registered. A thorough search is conducted among these businesses to see if a title is identical or deceptively similar to one of the registered. The registration of film titles or names with such authorities just establishes priority in the use of the title and has no influence on legal proceedings.

Trademark registration is very important in the entertainment business since it protects precious film productions and music CDs. The Trademark Act of 1999, which is on par with international trademark laws, is applied less liberally in the entertainment business. In terms of movie or picture titles, as well as song titles, uniqueness should be promoted, with no room for duplicity. As a tool for brand building, trademarks should be adequately protected. Therefore, if you have issues about your legal rights or how to register a trademark, consulting a company attorney or using an online legal agency for assistance and guidance may be beneficial. We, at IndiaFilings, provide this service at a reasonable cost and with excellent customer care. So, please contact us and we will gladly assist you.