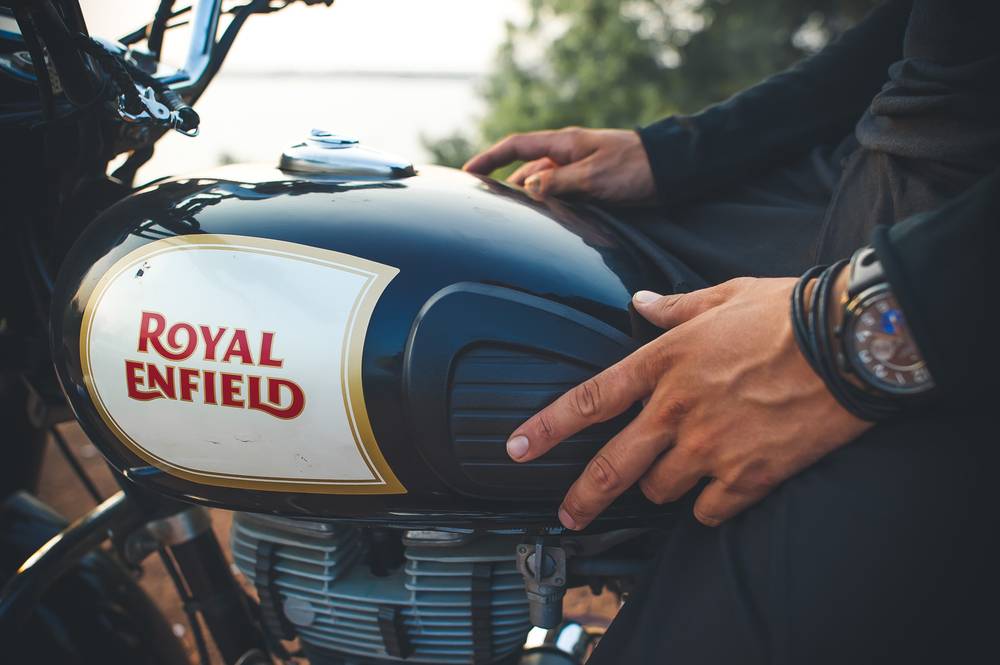 One of the greatest stories of war never told would be of the first motorbike that was capable of being airdropped behind enemy lines, playing a vital role in some of the most significant battles of the Second World War. Fondly recalled as ‘The Flying Flea’ by the men who rode them into action, these motorcycles were manufactured at an underground facility in Westwood, UK and designed to be deployed via parachutes and troop-carrying gliders offering communications support along with swift mobility among the forward units of the Airborne Pegasus Regiment across crucial operations such as D-Day and Arnhem. This motorcycle, along with several other classic creations conceived through the years, was a part of The Enfield Cycle Company Limited or commonly known as Royal Enfield. Backed up by inspiring tales of adventure and war, the Royal Enfield Motorcycles have a history like no other vehicle. In this article, we hope to give you an insight into the brand and the details regarding a Royal Enfield Dealer Franchise.

In the year 1891, Albert Eadie and R.W. Smith started the Eadie Manufacturing Company at Redditch by overtaking another entity called the Townsend Cycle. This later went on to be known as the Enfield Manufacturing Company Ltd. The era of Royal Enfield began through the years of supplying precision rifle parts to the Royal Small Arms and launching motorised Tricycles and Quadricycles. In the year 1899, the company showcased its first mechanical vehicle powered by a 1.5 HP motor. They had succeeded in moving the engine of a motorcycle inside the frame for the very first time, which later became a standard configuration for bikes.

During the 1900’s, the company went ahead and built its first Royal Enfield car in 1901. After several significant upgrades over the years, Royal Enfield made a breakthrough innovation of using small V twin engine machine built with Swiss tradition and was successful. The company gained quick recognition and fame as it was extensively used for carrying machine guns during the World War I and II. From the years 1924 to 1932, Royal Enfield achieved many milestones such as the launching of its first motorbike with four-stroke 350 CC engine, the first company to adopt saddle tanks, the manufacture of several new creations such as the two-stroke engine and 1140 CC V twin engine motorcycles all the way to the very first Bullet in the year 1932 with an inclined engine and an exposed valve gear.

In search of two-wheelers that could be used for patrol duties on the country’s border by the military, the Government of India decided to order 800 units of 350 CC Bullets in 1955 unaware of the rage it would turn out to be in the country. Therefore in 1955, the Redditch Company combined with Madras Motors in India to form what was called ‘Enfield India’ to assemble the large order under license and chose Madras as its base. In 1990, Enfield India entered into a significant and strategic alliance with the Eicher Motors and later merged with the same by 1994. It was during this merger; the company rechristened itself from the name Enfield India to Royal Enfield. The company is known to produce one of the sturdiest and robust motorcycles in the world at their manufacturing facility in Chennai. The legacy of Royal Enfield continues to this day by being deployed to some of the harshest and most testing terrains in the world by the Indian Army.

The Bullet has a way of its own. The traditional approach with a hand painted fuel tank, classic carbureted engine and period-perfect styling makes the Bullet a classic. The Bullet is known for its reliability and sturdiness which are the main reasons for its enduring legacy of service in varying terrains.

The Royal Enfield classic takes one back in time with its blend of classic styling cues with modern parts and brings the retro up by a notch. These motorcycles are infused with power, fuel efficiency, reliability and has simple, yet drop dead gorgeous post war styling.

The Thunderbird is built for cruising long distances with its set-in, laid-back riding stance that can help long drive enthusiasts to go on end for hours without being exhausted. The upgrades bought into this motorcycle includes a 20-litre fuel tank that gives you 550 to 700 KMs in a shot which makes every trip a breeze for its users.

Royal Enfield aimed to bring back an contemporary translation of the Continental GT from 1965 in 2014. Popular among British motorcyclists in the early 1960’s, the café racer is a motorcycle built for speed and stability. It’s double cradle frame chassis, the first on an Enfield has been developed by industry expert Harris Performance. Forty-eight years after the launch of the first Royal Enfield Continental GT, the toned built ride that defined an era was bought back in a better rendition.

The Himalayan is built to withstand decades of riding in some of the toughest conditions. A grounded stance, terrain-tested suspension, dual-purpose tires combined with agile handling builds the Himalayan as a motorcycle that can handle any off-road environments.

A Royal Enfield Dealer does not only deal with the sale and service of motorcycles but also with related accessories. Items such as Helmets, Saddle bags, Key chains and Emblems are a few of the products that come under this category. Apart from accessories, Royal Enfield has managed to influence and create its very own merchandise. This line of clothing consists of T-Shirts, Casual Shirts, Ride wear, Leather Jackets and Denim. The brand also has its very own footwear line that not only compliments the clothing line but gives the Royal Enfield rider an identity of his own.

Royal Enfield has a vast market in India with around 180 dealers all over the country and has over 100 authorised service centres. It is a reputed automobile company that has its backgrounds hailing from England and roots in Chennai, with their business that is widespread in many countries like USA, Japan, UAE, Germany, UK, France and many others. Royal Enfield has a popularity that does not require any marketing. Their business model is profit-assured and always results in good business.

A regular Royal Enfield service centre would include the main working area, a lounge for the customers, a parking area for bikes, an office and a space for display bikes and other related merchandise. To include all these major facilities, the space required should have a minimum area of 4000 sq ft.

The cost of starting a Royal Enfield franchise will differ according to the location of the centre. Apart from the variation in land cost, the lump sum amount required to start a Royal Enfield franchise dealership will be from INR 50 Lakhs to 1 Crore. Additionally, there would be a Franchise Fee applicable apart from the costs mentioned above which would be around INR 1 Lakh.

The company charges a royalty of 5 per cent of the gross sales per month from the franchise.

Royal Enfield has designed various support groups to advise and guide new people in the business regarding the details of running a franchise. This training and support initiative includes providing knowledge on queries, stock, branding and customer service. They also offer marketing support to help new owners launch their business in the market and gain quicker profits. They ensure to assist new entrepreneurs in selecting a site for the showrooms and provides field assistance as well. The support groups mainly occur in Chennai and Chandigarh.

Franchising Advantages and Disadvantages Franchising Advantages and Disadvantages The introduction of the Foreign Exchange Management Act, 1999 has made it easy for foreigners to invest in I...
Hyderabadi Biryani Franchise Hyderabadi Biryani Franchise In India, the food sector has developed as a high-growth and high-profit sector due to its immense potential for value a...
Franchising Law in India Franchising Law in India The franchise model of business is now emerging as an attractive business option for prospective entrepreneurs, be it for it...
Domino’s Pizza Franchise Domino's Pizza Franchise "You Got 30 Minutes" Domino’s Pizza is a part of Jubilant Food Works Limited and the first store of Domino’s Pizza in India...
Keventers Franchise Keventers Franchise The Original Milkshake Shaking up a century-old legacy, a vibrant retro appeal with a contemporary view gives one a blend of ref...