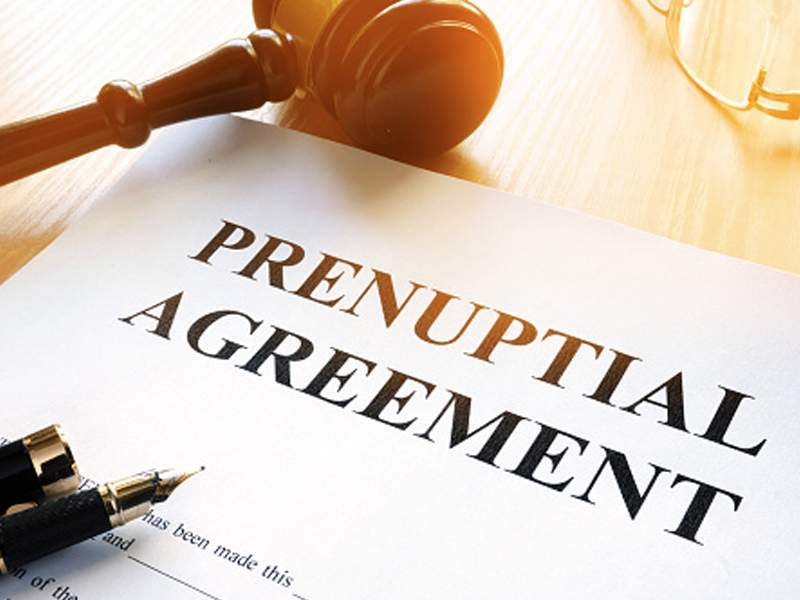 Maybe it’s still not very common in India, but prenuptial agreements are something real that needs to understand. We never know what things come in our way; it’s better to have knowledge about everything. Since marriages in India are considered as a most special and auspicious event in one’s life, and not a contract. Prenuptial agreements, also called as ‘prenup’ are rarely seen. In western countries, marriages are considered as a contract between a husband and his wife.

What is a prenup agreement?

A prenup is a contract between the spouses that is signed prior to their marriages. This contract states the settlement of money between the parties in case of death, divorce or separation. In other words, it is an agreement for both the party’s proportion of property, money, assets and anything and everything that each of them will be receiving in case the marriage dissolves.

The legal status of a Prenup agreement in India

Marriages in India are performed by personals laws. Under the Hindu Marriage Act, 1955, a marriage is not a contract, so prenup is invalid. Though under Muslim law and Christian law, marriage is a form of contract, they also do not validate prenup agreements. However, it is governed under the Indian Contract Act, 1872.

The objective of a prenup agreement

Despite being not so common in India, prenups have its own benefits too. In the cases of divorce and separation, a prenup saves both the parties from struggling with dates of hearing in the courts, facing those annoying acquisitions, blaming each other, or getting less payment as alimony or paying more as alimony. In such a scenario, the prenup is not only a time saver but easier to perform. We have to be ready for the beat anyway.

Undoubtedly, most of the maintenance and alimony laws support female spouses, and hence it somewhat lacks to consider the financial conditions of the male spouses. And as a result, the judgment is ultimately in favour of the female spouse. However, in case of a prenup agreement, the financial liabilities are pre-decided, so none of the partners gets prejudiced at the time of separation. A prenup agreement supports financial transparency and, as a result of which, both the partners know the financial condition of each other. This leads to no chance of any kind of fraud.

The clauses of a prenup agreement

A prenup agreement is enforced only if :

Advantages of a prenup agreement

Though legally there is no drawback of a prenup agreement, nut, it is still a social taboo in India. It creates a negative impression of the couple who does it, or any of the partners, who offers it. Because marriage been considered as a very holy practise, couples who opt a prenup agreement, are regarded as either way too practical, or has been decided that the marriage won’t last.

Disadvantages of a prenup agreement

What happens when you don’t make a prenup agreement

When a couple opts for not making a prenup agreement, their state laws determine that who owns the property that any of them acquires during the marriage. Also, what is to happen with property, in case any of the partners dies, or the divorce, their state property law, decides that. The property acquired during the marriage is often called as community property or marital property that depends on the state law in which the couple resides. The state property law can also decide (if it exists) on the happenings of the property one owns at the time of marriage.

There are certain provisions of a prenup agreement that can be overruled or rejected by Indian courts. They are:

As mentioned earlier, a marriage under Muslim laws and Christian laws are considered to be a contract between both the parties. A marriage contract in both laws contains certain automatic property rights for both the spouses. When couples do not sign a prenup agreement before marriage, their natural rights, according to both the laws are:

If both the parties both agree on signing a prenup contract mutually, and sign the contract voluntarily, without any threat. Influence, force or coercion, the agreement can be latterly considered as a reference or n evidence by the Indian Contract Act, 1872. The documents of the contract will be equally valuable as any other contract in a written or oral format. However, the document must state the provisions clearly.