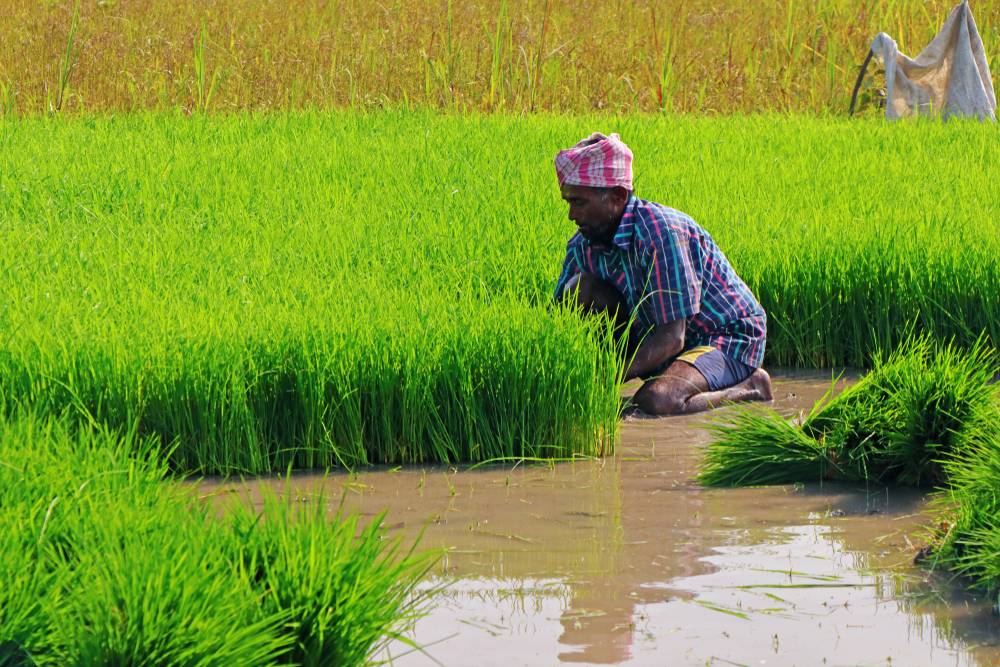 The Government of Karnataka launched Krishi Bhagya Scheme exclusively for the dry-land farmers who rely on the annual rainfall for their farming. Since a majority of the Karnataka’s agricultural land (over 70 per cent) is rain-fed, farming activities on those dry lands become challenging during erratic rainfall period. To ensure irrigation for sustainable agriculture, Krishi Bhagya Scheme was started. This scheme incorporates effective rainwater conservation measures to improve productivity.  The government has aided over one lakh farmers in the rain-fed areas of 131 taluks in 25 districts, extending financial assistance of ₹ 968.37 crores.

The government is ambitious in revolutionising Karnataka’s agricultural sector. The implementation of the scheme primarily focuses on securing the farmer’s income by taking up on-farm rainwater conservation practices. It also encourages the farmers to adopt modern technologies for efficient use of water.

The scheme is executed in five agro-climatic zones that receive an average annual rainfall ranging between 450 mm and 850 mm. The project will be implemented in 45 thousand hectares per year where more than one lakh farmers benefit every year.

Under the scheme, the farmers obtain grants for constructing farm ponds (Krishi Honda) to conserve rainwater and for buying lift pumps, diesel motors to draw water during deficit rainfall.

This scheme incorporates modern technologies to yield more crops per drop of water. Moreover, this program assists the farmers to earn higher income by enabling them to construct polyhouses and put up shadenets to cultivate hybrid vegetables and flower crops.

Krishi Honda in Krishi Bhagya Scheme is a farm pond dug to store rainwater that can help irrigate about five acres of land during the dry spells. The agricultural loan scheme allocates funds for the purchase of polythene tarpal and fencing along with the components required for the construction of Krishi Honda, which approximately costs Rs.1.75 Lakhs. The Government grants a subsidy up to 90 per cent for the Scheduled Castes and Scheduled Tribes and 80 per cent for other farmers.

Extension of the Scheme

Previously, the scheme had been restricted to rain-fed agricultural regions where the scheme has been now extended to the coastal and Malnad districts.

Farmers who wanted to take advantage of this scheme should approach the department or ‘raita samparka kendras’ or visit agriculture departments related to Taluka/Districts in Karnataka.