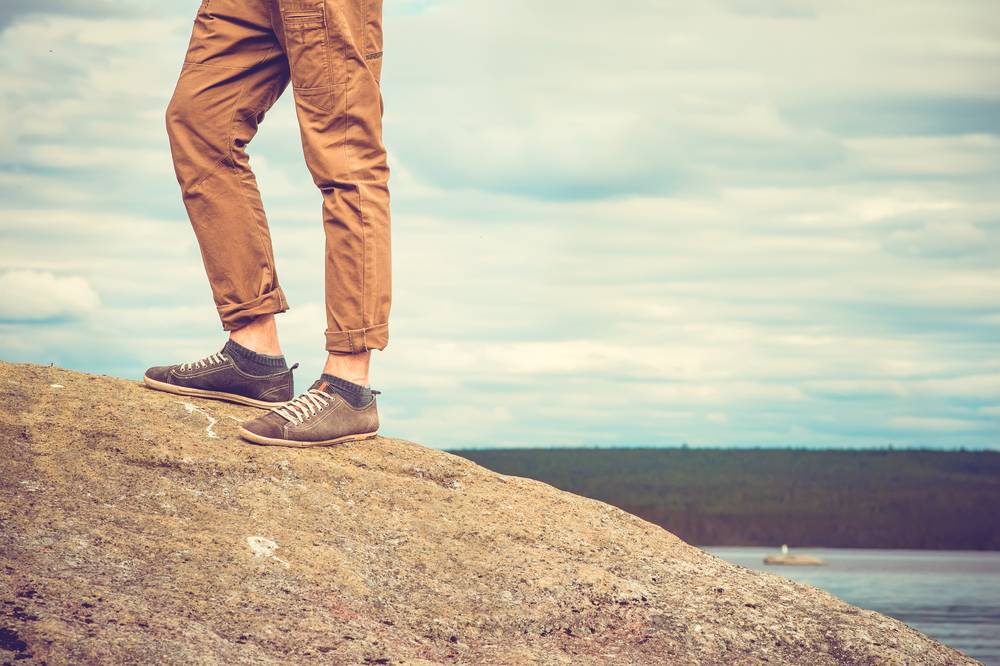 Being a vertically and horizontally integrated manufacturer of clothing products, Indian Terrain has a reputation that is synonymous with the exceptional quality of menswear in the country. Over the years, the brand’s decision to embody contemporary lifestyle choices of simplicity in design, quality in substance and exceptional value has helped it to emerge as a preferred choice for the Indian man. Indian Terrain’s merchandise is a mix of American sportswear with smart and relaxed casuals that has proven popular for all age groups; demonstrating a diverse appeal for the brand. In this article, we hope to throw some light on the brand, its background and the procedure for starting an Indian Terrain franchise in India.

Indian Terrain Fashions Ltd. started functioning in the year 2000 under its parent company, Celebrity Fashions Limited. Founded by Mr Venky Rajgopal, Indian Terrain demerged and began operating on its own by 2010. With the aim of offering Indian men with premium workwear and smart casual clothing, Indian terrain had its eyes set to cater to the needs of the cosmopolitan, mature, upwardly mobile man. Indian Terrain has a core philosophy that offers modern simplicity where less is more and a style that accentuates and enhances an individual’s inner beauty through modern, classic and timeless pieces of clothes. In an industry that continually adapts to changing trends that result in rising production costs, Indian Terrain has managed to hold its ground and flourish immensely.

Three elements remain intact at the very heart of the story that built Indian Terrain; the origins that lie in India, roots that firmly stand in Madras and an identity that is distinctly American activewear. Madras is genetically connected to the preppy athletic wear dress code of the American East Coast hence, linking the brand to its obvious style choice. The Madras check fabric is a classic example; born in Madras and has been a vital part of the American sportswear sense of style for more than a century. Khakis are another essential component in the clothing line styled by Indian Terrain. Introduced in India as a uniform to the British regiment, khakis define the very core of western activewear. Each piece showcased by Indian Terrain carries the spirit of Madras and the exuberance of India which gives it the elegance gained over 16 years of building perfection.

Indian Terrain deals with a wide range of products specifically designed to cater to the needs of men. From accessories such as belts, wallets and socks, Indian Terrain has managed to make its mark with its classic combination of khaki chinos and casual shirts. The brand has an extensive range of denim wear, jackets, sweaters, sweatshirts along with coats and blazers. To accommodate men of all ages, the company has introduced a brand of its own called ‘Indian Terrain BOY” in September 2015. This collection exclusively caters to the boys from the age of 4 to 16 years. The Indian Terrain’s menswear line has inspired a few pieces for youngsters who wish to twin with their siblings or parent. This includes a range of clothing line with exciting prints and patterns with options from casual shirts and polos to denim and winter-wear.

To complement the American-style clothing pieces, the company launched a range of precisely curated footwear under the tag “Indian Terrain Footwear” in the October of 2016. With classic designs and a natural colour palette, every shoe pair is designed to go well with the brand’s iconic khakis and chinos.

Indian Terrain has a vast customer base, and hence, millions of metres of fabric are required to meet the growing demand. With sources from China, Bangladesh, Turkey and other parts of India, the brand also outsources to individuals willing to manufacture products by the standard and style that the brand chooses.

With a turnover of more than INR 500 Crores, Indian Terrain retails across the country through 800+ Multi Brand Outlets (MBOs), 150+ doors of Large Format Stores (such as Lifestyle, Shoppers Stop, and Central), 100+ Exclusive Brand Outlets (EBOs), and critical e-commerce platforms and an online presence as well.

The brand has opted to adopt the franchise route to help bring out the best of entrepreneurs and their abilities by running the stores and looking after the operational aspects. This helps the brand to focus on the product and takes ownership for the same as well.

The average Indian Terrain store has a spatial dimension of 600 – 900 sq ft. Indian terrain also has flagship outlets where the space requirement would be around 1500 to 2000 sq ft. Currently, the brand focuses on expanding to more tier 2 and tier 3 cities.

The estimated investment required to start off an Indian Terrain franchise would be around 20-25 lakhs. This amount would include the complete cost of furnishing the interiors of the space according to the Indian Terrain format, the rental agreements of the area and training for the staff.

Indian Terrain obtains twenty per cent of the total sales in a month as royalty from its franchisees.

With proper marketing and location strategies, the Return of Investments (RoI) is expected in merely two years.

CK’s Bakery Franchise CK's Bakery Franchise Eat Fresh and Pay Less Bakery industry being one of the oldest businesses in India is continually changing and is modernising ...
Pizza Hut Franchise Pizza Hut Franchise "Gather Round the Good Stuff" In India, Franchising becomes a prevalent method of doing business and increasingly directing thei...
Yummerica Fries Franchise Yummerica Fries Franchise Fast food in India is emerging as the most preferred food option amongst children and adults alike. These fast food restaur...
Big Mart Retail Franchise Big Mart Retail Franchise Big Mart Retail is a grocery supermarket brand, and it is widely known for its home delivery services of food and grocery. ...
London Shakes Franchise London Shakes Franchise just shake it & make it Milkshakes are one of the most prefered cold beverages among youngsters. With its rich creamy fl...