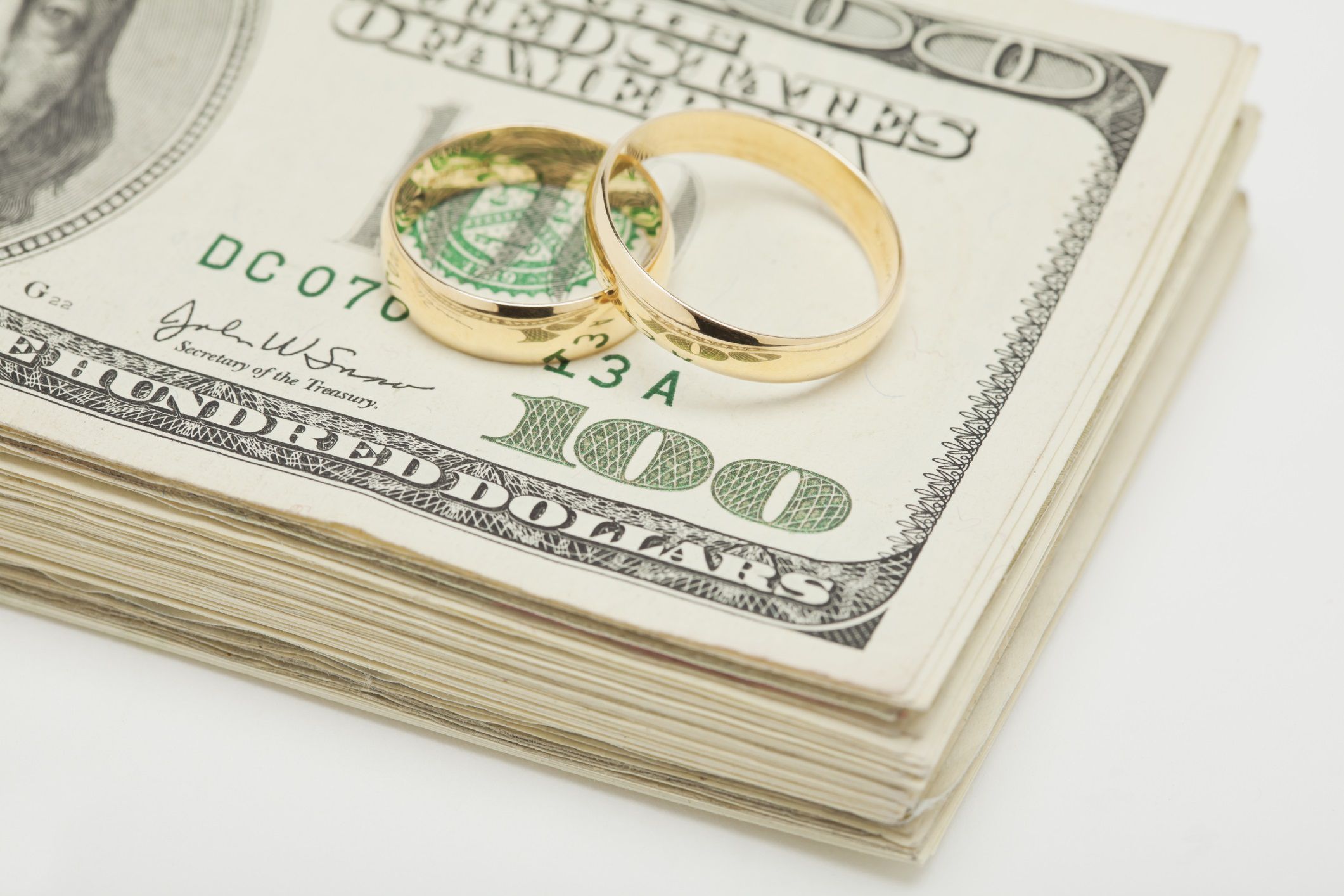 Dowry used to be a widespread practice in India, under which the parents of the bride has to give valuable property, or money or security to the groom’s parents, as they demand.  Though currently, asking for dowry and even torturing a female for the same is a criminal offence in India.

Enacted on 1 May 1961, the Dowry Prohibition Act was implemented to prevent the dowry system from India. Under the Act, giving and receiving dowry is strictly prohibited in the country. A dowry under the ActAct includes goods, property or money given by either party in a marriage, by the parents or any of the party, or anyone else in connection with the marrying parties. It is the first national legislation related to dowry in India. The dowry prohibition act was amended twice in the year 1961. It was done to widen the meaning of the term ‘dowry’ and for enhancing the punishment for violating the Act.

It is a common practice under dowry cases that the ornaments and objects that have been given at the time of marriage should be on the name of the bride only. In case the bride is minor at the time of marriage, the transfer should be done within three months of her attending 18 years of age. If it is not done, it shall hold proven benefit for the woman. In case this fails, the person responsible will be held with a fine of minimum Rs 5000 to maximum Rs10000 and imprisonment between six months to two years.

In a case of Pratibha Rani v. Suraj Kumar, 1985, Honorable Supreme Court of India ruled that possession was taken of bride’s belongings, and jewellery is considered as a criminal breach of trust and is punishable under Section 405, of Indian penal Code 1980.

The Indian Penal Code, 1980 intends not only to prohibit the dowry system in India but to prohibit the violence related to it, which earlier has been a regular practice in the country. Because of the constant failure of dowry legislation in India, section 304(b) and section 498(a) were added through an amendment in IPC in the years 1983 and 1986.

There are four circumstances where a married woman is subjected to harassment and cruelty, which is considered as an offence. The four possibilities are:

Section 304 (b), Indian Penal Code, 1980 deals with dowry death in India. Under this, if the death of a woman is caused by either bodily injury, burn, or under unnatural circumstances, within seven years of her marriage, and it is proved that she was being harassed by the husband and or the relatives of the husband in relation to dowry, the offender will be punishable by imprisonment of minimum seven years and maximum life imprisonment.

Though the term ‘dowry’ is not defined under the Indian Penal Code, 1980, but section 304(b) confirms that dowry will be considered according to the same meaning as defined under section 2(1), Dowry Prohibition Act, 1961.

Essentials of dowry death under section 304(b), IPC are:

Cruelty to a woman by husband or husband’s relatives

Section 498(a) of Indian Penal Code, 1980, deals with cruelty and harassment done to a woman by either her husband or relatives of husband or both. Under the section, it is punishable with imprisonment, which can extend up to three years and fine. The section includes both physical and mental torture under cruelty. Any conduct that is willful and abets a woman to commit suicide or cause danger to her life, her physical and mental health and her limb, or to coerce her or any other person by unlawfully demanding dowries, such as money, goods or property.

Intentional death of a women

If any person is causing the intentional death of a woman, concerning dowry, he/she is punishable under section 302 of the Indian Penal Code, 1980.

Abetting suicide of a woman

Dowry under Code of Criminal Procedure, 1973

Giving and receiving dowry in India is a criminal offence and the criminal proceeding of enquiry and investigation by the police and magistrate for the offence is done under section 174 and section 176 of the Code of Criminal Procedure, 1973. Under the amendment of 1983 in the ActAct, it is mandatory for the police to send the dead body for a post-mortem examination of the death has occurred within seven years of marriage and under any dubious circumstances. This section also gives power to the executive magistrate to conduct an enquiry into the death of a woman under such circumstances.

Dowry under the Indian Evidence Act, 1872

To empower woman more against dowry, section Indian Evidence Act, 1872 was amendment was done by adding 113(b) in it. It deals with the burden of proof on the offender if harassment or cruelty or both has been done in relation to dowry demand, and it should have been done soon before the death. It is noteworthy that death will fall under dowry death category only if it has occurred within seven years of marriage.

It is evident that despite making stringent laws on dowry, the Indian legal system has not succeeded well in repairing the dowry situations. Let us discuss various factors that affect the significant work of dowry legislature in India:

Since receiving and giving dowry is a criminal act, it already makes the administration of judiciary a challenging job, especially when there is less social support in society related to it. Usually, there exists no one to witness the harassment and unnatural death except the family, and none of them gets ready to give statements because of either involvement or family pressure. Meanwhile, there exist neighbours who either witness or doubts about the dowry harassment or death, but they also do not come in front because of relations and not getting involved in police and all.

It is essential to know that many young women can be saved from an unnatural death, harassment and cruelty if they have been offered help on time. In India, there lies a lot of social pressure and due to which many parents ask their daughters to stay with the in-laws despite getting tortured for dowry. If we overcome this social stigma, there is a lot of scope in making India dowry free.

Police and enforcement of laws against dowry

It is the duty of the police to act as a shield between people and wrongful acts done with them. Police are there to help the general public in whatever way possible. But unfortunately, the image of police is still not very good in the eyes of the general public, and they are scared of them. Also, it is believed that the attitude, practices and perception of police often led to a reduced likelihood of the successful implementation of laws.

There are widespread allegations that have been made by the public, such as they reach very late at the crime spot, damaging the evidence in recording the first information reports (FIR), Carrying the investigation in less proper manner and turning dowry deaths into suicides etc. Treating violent against women a regular family affair and being unwilling to register case is a situation that makes such cases result worst.

In Bhagwant Singh v. Commr. Of Police Delhi, 1983, Honourable Supreme Court of India held that there is a noticeable difference between the actual incidents of unnatural deaths and the ones that are initiated by the police. The police registers are not maintained and not been produced before the magistrates. Also, the frequent change in investigation officer affects the cases and this lead to a less effective judicial administration to dowry.

Of course, things are always heard by both sides. Police have their own set of explanations, including unsatisfactory state of affairs, inadequate evidence due to independent witnesses, and contradictions between the substantial piece of evidence and recorded statements of connected people. In such cases, forensic evidence is most helpful, as it is better if forensic experts are bought to the site of occurrence to see the victim and examine her.

In a number of cases, Honourable Supreme Court expressed an anguished view about dowry deaths of young brides. In the case Virbhan Singh v. State of UP, 1983, about increasing dowry deaths in India, the Apex Court held that such evil crimes whenever proved, then stringent punishment must be imposed on the criminals.

In a case Samunder Singh v. State of Rajasthan, 1987, the Supreme Court said that anticipatory bail could not be processed in the cases of bride burning and dowry deaths. At trial level only, some dissatisfaction happened by certain court assumptions like a person with 100% burn not fit for dying declaration. If on behalf of harassment victim some other reported matter the matter not reported which creates a lacuna in Indian legal system.

Dowry deaths or harassment and cruelty for dowry is a curse to Indian society and has always been in talks. A systematic approach by police, public servants, women welfare organizations and judiciary by imposing deterrent punishment for dowry deaths are the only way to help it. It is evident that Indian government and the Indian judiciary is making co-operative and supportive statues to safeguard dignity and life of women and tries to provide justice to the victim of cruelty or harassment by her husband or his relatives. An improved and planned education system can help in making women and other people more aware of their rights. And education will also help in employment that will lead to lesser dowry cases and deaths. However, without specific corrective measures like the public will and not entertaining any materialistic greed of dowry, nothing can be improved.

Female police personnel should be inducted more so that women who are victims of harassment and cruelty will feel more comfortable in sharing what happened with them. The investigation should not be done below the rank of assistant of police, in order to make it unbiased and uninfluenced. Also, more stringent punishments for such cases will add value in curbing the dowry issue from society. However, nothing can work more than having a rational and practical approach to the problem.