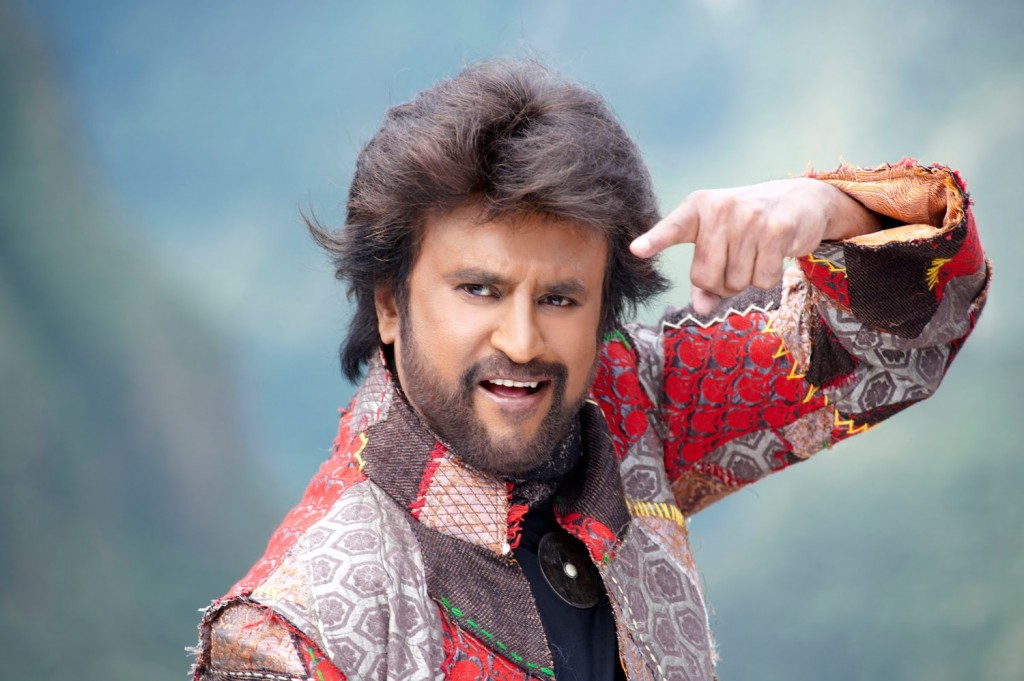 10 Indians who succeeded against all odds

10 Indians who succeeded against all odds

“If you live long enough, you’ll make mistakes. But if you learn from them, you’ll be a better person. It’s how you handle adversity, not how it affects you. The main thing is never quit, never quit, never quit.” – a quote by Bill Clinton and the inspiration behind this article. The last few years have been a very trying and tumultuous time for many of the entrepreneurs and business owners in India owing to the economic slowdown and policy logjams in India. Therefore, entrepreneurs must realize that sometimes it is necessary to face adversities in life to become successful and never giving up is the only way to success. We now look at a list of 10 Indians who succeeded against all odds to become wildly successful during their lifetime. They are some of the most well know Celebrities, Businessmen and Sportspersons we all know and love – who have created a memorable Indian rags to riches story.

Rajinikanth, a cultural icon and very successful movie star was born as Shivaji Rao Gaikwad in an impoverished family. He lost his mother at the age of five and grew up with four siblings, while his father worked as a police constable. On completing his school eduction, Rajinikanth continued to perform various blue collar jobs in the cities of Bangalore and Madras, including that of a coolie, carpenter and bus conductor. While working as a bus conductor, he came across an advertisement offering acting classes and enrolled in it with his friends financial support. During his course in acting, he was noticed by Tamil film director K. Balachander and the rest is history.

Super Star Rajinikanth’s was recently listed by NDTV’s among the 25 Greatest Global Living Indian Legends. His speech after receiving the honor is heart touching  and a testament to his life, that has been nothing short of incredible.

Rajinikanth’s speech at NDTV award: “Many people don’t believe in miracles but miracles do happen. An ordinary bus conductor sharing the dais with the greatest living legends is a miracle. Miracles do happen. I dedicate this award to my brother Sathyanarayana Rao Gaikwad who is like my father and mother, my guru Balachander and also people of Tamil Nadu, Without their love and affection I wouldn’t be here”.

Dhirubhai Ambani, the first Indian to Entrepreneur to feature his Company on the Forbes 500 list was born Dhirajlal Hirachand Ambani in a middle class family. His father was a school teacher and Ambani moved to Yemen at the age of 16, and worked there as a gas-station attendant and as a clerk in an oil company. He returned to India in 1958 with Rs 50,000 and set up a textile trading company, which is now one of the largest business houses in India with interest in many different sectors.

Mahendra Singh Dhoni, one of the greatest cricketers from India did not really have a huge interest in cricket from his childhood. Dhoni initially played badminton and football, at the district and club level. It was while he was playing football as a goal keeper, he was selected by his coach to play as a wicket-keeper in the local cricket club. As he started wicket-keeping regularly for the local club, he honed his cricketing skills and was regularly selected in club cricket. Dhoni hails from a lower-middle class family and his father Pan Singh was employed at the junior level at MECON. Hence to support himself and his family, Dhoni  took up the job of a train ticket examiner or TTE in the Indian Railways. Dhoni worked as a Railways Ticket Examiner during the years 2000 to 2003 and was selected for the Indian Cricket Team in the year 2004. Today Mahendra Singh Dhoni is the captain of Indian Cricket Team in all three forms of the game, and his records are the best among all Indian captains to date.

Dr. A. P. J. Abdul Kalam, an Indian scientist and the 11th President of India from 2002 to 2007, has faced insurmountable odds in his path to becoming the leader of a Nation. Dr. Abdul Kalam was born in a Tamil Muslim family; his father Jainulabdeen was a boat owner and  his mother Ashiamma was a housewife. Dr. Abdul Kalam hails from a poor family and started working at an early age to supplement his family’s income by distributing newspapers after school to financially contribute to his father’s income. In his school years, he had average grades, but was a hardworking student with interest in mathematics. Even during his senior class project while in college, the Dean was dissatisfied with the lack of progress and threatened revoking his scholarship unless the project was finished within the next three days. He then worked tirelessly on his project and met the deadline, impressing the Dean. From there on, Dr. Kalam joined Aeronautical Development Establishment of Defense Research and Development Organization (DRDO) as a scientist and went on to head the organization. The rest is history.

“In the year 2000, when the entire world was celebrating the new century, I was celebrating my disastrous fortune. There were no films, no money, no company, a million legal cases against and the tax authorities had put notice of recovery on my home,” – This quote by Amitabh Bachchan at the turn of the century gives an insight into the adversities faced by Amitabh Bachchan while he was in his late fifties. In 1999 Amitabh Bachchan was facing an unprecedented liquidity crunch as substantial funds were blocked in the production and distribution of his films. He was pressurized by the creditors and Amitabh Bachchan’s Company “Amitabh Bachchan Corporation Limited” was declared as a ‘sick’ company. Amitabh’s friends and financial advisors advised him to close the sick company and move on; but, Amitabh didn’t quit and kept going.

He now recalls how he felt like there was a sword hanging on top of his head at all the time and  the number of nights spent sleepless. It was at this time that Amitabh one morning got up early and went to Yash Chopra. He told him that he was bankrupt,  had no films and that his house was attached by creditors. Yash Chopra then offered him a role in his film Mohabattein. Amitabh also started doing commercials and television programs. It was at this time that he got a huge break through Kaun Banega Crorepati; it propelled him into national stardom and helped in the reversal of his fortunes.

Narayana Murthy, who is described as the father of the Indian IT Sector and listed by Fortune Magazine among the 12 greatest entrepreneurs of our time, has not always been successful with his ventures. Narayana Murthy’s first venture, a company named Softronics, failed in about a year and a half after its start. After the failure of his first venture, Narayana Murthy joined Patni Computer Systems and worked there for about five years. He then founded Infosys in 1981 along with six software professionals and a meagre capital provided by his wife Sudha Murthy. Infosys is today India’s fifth largest publicly traded company and the third largest Indian based IT Services company.

Gautam Adani is the Founder and Chairman of Adani Group with interests in industries such as coal trading, coal mining, oil & gas exploration, ports, multi-modal logistics, power generation & transmission and gas distribution. Gautam Adani’s path to creating his empire however wasn’t easy as he faced tremendous adversities early on in his life. At the age of 18, Gautam Adani had to drop out of Gujarat University while in his second year of B.Com course and begin working as a Diamond sorter in Mumbai due to financial conditions. However, the young Adani was not scummed by his early adversities and he quickly established a diamond trading business, and made his first million by the age of 20. Adani continued on and  in a short period of time, has managed to create one of India’s well know business houses, a $8 billion professionally managed empire.

Kiran Mazumdar-Shaw started Biocon in 1978 while she was just twenty-five at a rented garage space with a capital of Rs.10,000. Starting a company in an nascent industry with minimal experience presented many challenges and adversities to Kiran Mazumdar-Shaw early on. She had difficulty raising bank loan, challenges in recruiting the right talent and other problems to overcome. Mazumdar-Shaw overcame those adversities over the years and has today grown Biocon to be one of the leading Indian biopharmaceutical company with revenue in excess of Rs.15.55 billion.

Captain Gopinath, the founder of Air Deccan, which revolutionized air travel in India hails from a simple family. Captain Gopinath’s father was a school teacher and he was the second of eight children. After finishing his schooling, Gopinath was commissioned with the Indian Army for a period of eight years. After retirement from the armed forces, he became a farmer – established a sustainable farm, opened an enfield dealership and ran a Udipi hotel. Only after many ventures, failures and adversities did Captain Gopinath finally start Deccan Aviation, a helicopter charter service – which later became the launch pad for Air Deccan.

Sushil Kumar is an renowned Indian World Champion wrestler who won the gold medal in the FILA 2010 World Wrestling Championships, a silver medal in the 2012 London Olympics and a bronze medal in the 2008 Beijing Olympics. The renowned Indian wrestler hails from a lower-middle class family and his father was a DTC bus driver and his mother is a housewife. Sushil Kumar was inspired to taken on wrestling by his cousin Sandeep, who eventually quit wrestling as their family could support only one wrestler. Despite the minimal funds available, poor training facilities and lack of dietary supplements, Sushil Kumar has become an world-renowned Wrestling Champion through hard work and sheer determination. Sushil Kumar is presently employed with the Indian Railways as an Assistant Commercial Manager.