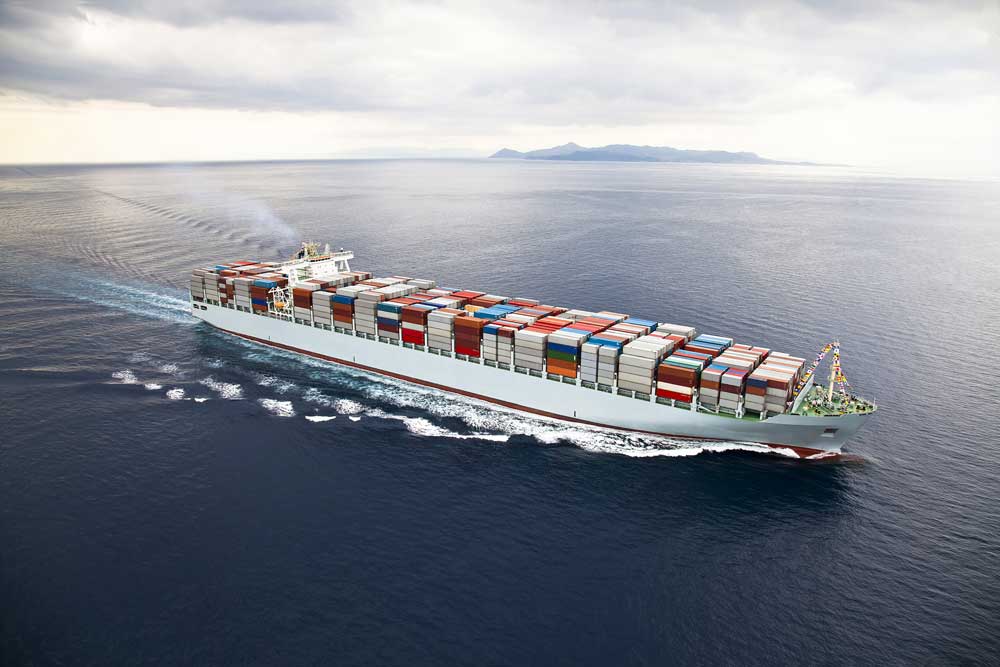 According to the Ministry of Shipping, 70% value of 95% trade is done by shipping. India has 12 major and 187 non-major ports. Cargo traffic, which recorded 1,052 Million Metric Tonnes (MMT) in 2015, is expected to reach 1,758 MMT by 2017. The Indian ports and shipping industry plays a vital role in sustaining growth in the country’s trade and commerce. India is the sixteenth largest maritime country in the world, with a coastline of about 7,517 km. The Indian Government plays an important role in supporting the ports sector. It has allowed Foreign Direct Investment (FDI) of up to 100 per cent under the automatic route for port and harbor construction and maintenance projects. It has also facilitated a 10-year tax holiday to enterprises that develop, maintain and operate ports, inland waterways and inland ports. In this article, we look at an overview of the shipping business in India.

India’s 12 major ports handled a combined volume of 1.39 million 20-foot-equivalent units during April to May 2016. The capacity of all the major ports as on January 31, 2016 was 892.92 MMT compared to 871.52 MMT as on March 31, 2015. The Indian Port sector witnessed capacity addition of 94 Million Tonnes Per Annum (MTPA), which is the highest in the history of major ports. The Department of Industrial Policy and Promotion (DIPP), Ministry of Commerce and Industry, reported that the Indian ports sector received FDI worth US$ 1.64 billion between April 2000 and March 2016. There are about 44 ongoing projects undertaken at major ports in India, with total investment of over Rs 25,870 crore (US$ 3.8 billion).

The cargo forecast is also expected to increase, the number of ships has been projected to increase in the following two or three years. The stabilization of oil price, in the recent months has brought up on a new breath of fresh air into the tanker industry. Though the need and capacity of super tankers has reduced and are used as floating storages, Aframax tanker projection has shown to increase by 3.5% by 2020. The most-recent forecasts expect global container fleet capacity to grow by 4.6% in 2016, and another 4.7% in 2017, though spot prices for major routes have dropped 21 to 44% from a year ago because of plunging demand. Make in India  has been initiated to promote growth of manufacturing sector in the country as it has higher employment multiplier effects compared to service and agriculture sectors. The shipbuilding industry has the same impact as infrastructure sectors due to higher multiplier effects on investment and turnover and high employment potential.

Globalization has made sure that resources and services are not specialized to a region. Maritime transport is critical to world trade; it not only involves finished goods and services but also components and services that are used within globalised production process. Maritime industry and maritime services are growing on a global scale to accommodate this trend. This has given our nationals to utilize the opportunities to provide marine services ranging from million dollar industries to small scale industries such as ship building, ship broking, ship management, marine insurance, ship finance, maritime legal services, training institutes for training and providing safety courses for seafarers, cargo handling to name a few.

If you would like to start a business in the shipping industry, talk to an IndiaFilings Business Advisor.