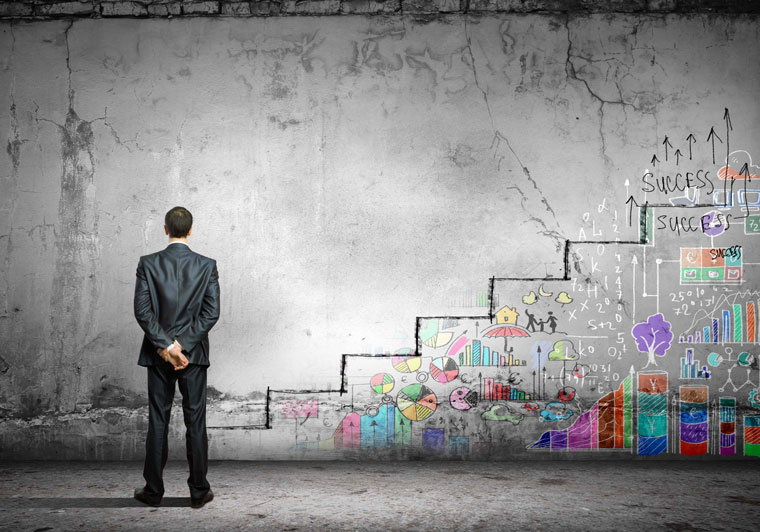 An understanding of the various cyclical factors the economy as a whole and each individual product in particular goes through is essential for any business manager. Recently, Raghuram Rajan, Governor of the Reserve Bank of India ruled out further expansion of the money supply, refusing to follow the “quantitative easing” that the Federal Reserve of the United States and similarly the Central Banks of many Western countries had aggressively pursued. But what does this mean, in simple terms, and what impact could the RBI’s policy prescriptions have on your business?

Understanding the business cycle and the factors that influence it is key to an appropriate understanding of the role the state of the macroeconomy can have on your business. Broadly speaking, the business cycle alternates between booms and busts (also called crests and troughs, and investors in stock and some other asset classes that are traded daily sometimes call an upward trending market a “bull market” and a market in downtrend a “bear market”) periods of economic growth and expansion, followed by contractions, these latter of which sometimes go all the way to recessions and depressions if the market is allowed to operate on its own. It is usually here that monetary policy kicks in, as governments try to prevent the length and intensity of the downturn, by expanding credit, lowering the interest rates, lowering the repo rate, the bank lending rate, purchasing government bonds, or the like, all of which affects the volume of money in the economy (these examples are of expansionary monetary policy) and therefore impacts businesses.

As we will see later, however, it is not as simple as it might seem, and the risks involved in monetary policy may very well defeat the entire purpose, and have the opposite effect, of prolonging downturns and, like an elastic rubberband, artificially expanding both the periods of growth, and leading to corresponding dramatic downturns, when poorly managed. Businesses need to understand Recessions and their causes in order to anticipate and prepare for one.

An increase in the money supply takes place through three means, of which the most common is open market operations which refers to direct sale or purchase of government bonds and other asset classes. The other means are increasing the Bank Lending rate or the Repo rate.

Quantitative Easing is a policy endeavour, not without its risks, that is applied after interest rates are lowered to their zero-bound. Since interest rates cannot be lowered any further, the government aggressively purchases government bonds or other such asset classes, thus increasing the money supply. (Recall that lowering the interest rate is expansionary monetary policy pursued when the government is looking to artificially stimulate growth and investment).

Of course, there is always a trade-off, and this risks having an inflationary effect, which is one of the reasons India decides against it. When you see governments, against sound economic policy, continuing to dramatically expand the monetary supply to boost growth, you can take advantage of it while it lasts, but also realize that there is not enough real growth in production and actual economic output to justify the artificial boom. What will happen? The market will correct, and correct dramatically.

There will, therefore, be a corresponding downturn, and the more artificial has been the growth, the greater will be the force of the market downturn. This is why some leading economists, like Mr. Rajan, believe monetary policy should not be used in the relatively reckless way the West uses it, which leads to artificial booms and market bubbles caused by credit expansion that seem good while it lasts but ultimately ends up causing grave problems. Instead, it should be used sparingly and minimally only when absolutely necessary to relieve citizens of extended downturns. The extra money made available, it is true, will lead to additional growth and investment, spur the economy, and help create jobs. But this should be only a transient phase, and slowly withdrawn by the government itself once the economy begins functioning as normal, rather than deceiving oneself and thinking the inevitable market self-correction and dramatic downturn will not come otherwise.

Nonetheless, the important takeaway, beside attempting to anticipate the direction and magnitude of market movements over the short and long term horizon, is to take advantage of existing market conditions. What the government does is beyond our control, what we do with the market, taking it in the state it is, will prove more important. In an expansionary phase, when banks have a lower rate at which they must borrow funds from the RBI, they charge a correspondingly lower rate, which companies can use to their advantage and spend their money rather than save, and apply for loans , which are at lower real rates. In a contractionary phase, when banks and savings accounts will require higher real rates, companies would do well to save rather than borrow, to invest rather then spend. For very large companies in particular, especially for companies that have their operations in many countries, or invest abroad, knowledge of such principles makes a difference of several hundreds of crores in ultimate turnover, and even smaller successful companies put it into practice and take it into account in their long term financial planning.