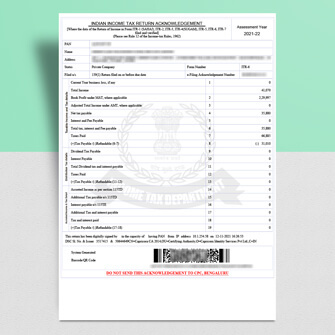 ITR 6 Return Filing in Himachal Pradesh is an income return form that is to be furnished by companies to e-file the income tax returns if they are not claiming exemption under Section 11 of the Income Tax Act 1961. Companies that can claim the exemption u/s 11 are those that have income from the property that is held for charitable or religious places. Hence, companies that have claiming exemption under section 11 are required to furnish their income tax return in the ITR 6 Form in Himachal Pradesh.

In case is the assessee is liable for audit under the section 44AB and the accountant has audited the accounts, the details of the audit report, auditor along the date of furnishing is to be sent to the department electronically.

Who is eligible for ITR 6 return filing in Himachal Pradesh?

While filing ITR 6 Form in Himachal Pradesh an audit report under Section 44AB is necessary to file returns. Section 44AB states that an entity whose sales, turnover, or gross receipts are more than Rs.1 Crore in the preceding financial year must get the accounts audited from a chartered accountant compulsorily.

Who should not file ITR 6 returns in Maharastra?

The companies within the source of income from the religious or charitable organizations can seek exemptions under Section 11. Thus, an entity seeking exemption under Section 11 shall file ITR 6.

ITR 6 return filing in Himachal Pradesh is annexure less no documents, not even the TDS certificate is to be attached while filing ITR 6 returns. The taxpayers are only advised to match the deducted taxes on behalf of them.

ITR 6 is to be furnished completely online so to file ITR 6 Returns in Himachal Pradesh get in touch with our Compliance experts today.

Other Services in Himachal Pradesh

Completely satisfied with your services

Nikita is extremely diligent at her work and excellent at communication. She keeps me informed through all possible medium and is very patient in hearing and addressing my queries. Thank you for your support Nikita and keep up the good work.

Nikita is extremely diligent at her work. Her communication is also excellent where she keeps me informed through WhatsApp, email, or calls. Itâ€™s been a pleasure to work with Nikita. I feel safe and supported. Thank you Nikita and keep up the good work.

Thanks for the gst registration process